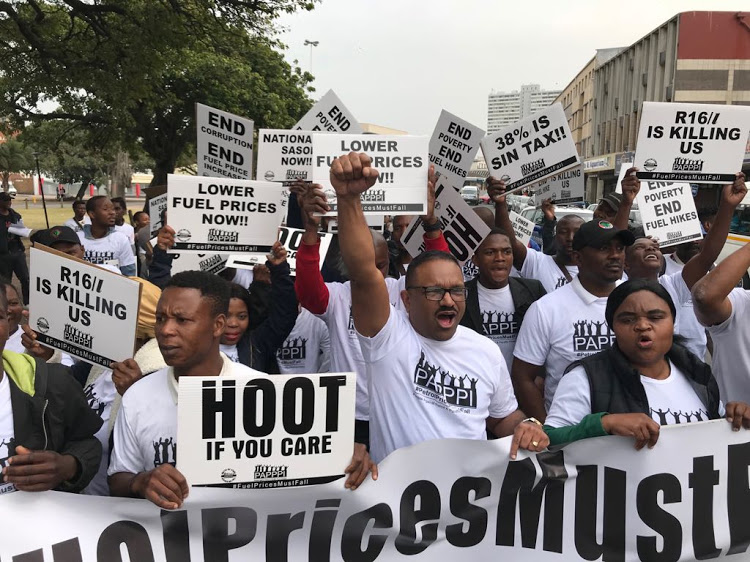 A small group of people marched from King Dinizulu Park in Durban on Monday‚ calling for fuel prices to fall.

They marched with a hearse carrying a coffin‚ intended to symbolise their plight.

Addressing the small crowd‚ one of the organisers‚ Bishop Bheki Ngcobo‚ said: “It’s clear we don’t have people to defend us‚ so let’s defend ourselves. We aren’t afraid. Even if there’s 10 of us‚ we will move.”

Joining in the group was Thandazile Luthuli‚ a mother of six‚ who said: “I am unemployed. Fuel prices affect me because when it goes up‚ it makes it difficult to transport my kids to school‚ because their transport people also increase the price.”

The march is set to make its way down Pixley Kaseme Street and end at the Durban City Hall.