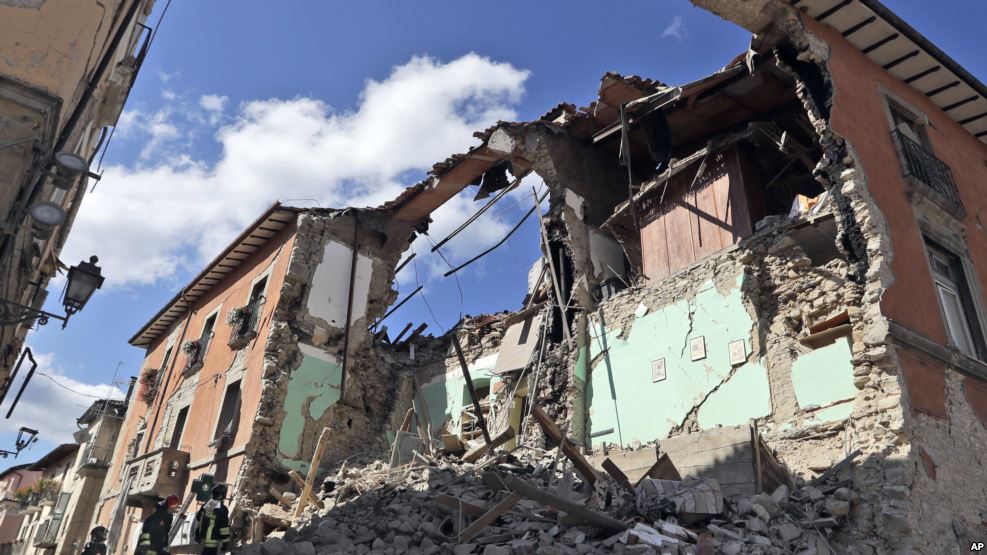 The U.S. Geological Survey put the magnitude at 6.2 with an epicenter about 10 kilometers southeast of the town of Norcia. The shaking was felt across a large part of the region, including the capital, Rome, 150 kilometers away.

The quake struck just after 3:30 a.m. and was followed by multiple aftershocks. Italy’s civil protection agency said several hundred people were injured and many people are in need of temporary housing.

“Quakes of this magnitude at this depth in our territory in general create building collapses, which can result in deaths,” said the agency’s head Fabrizio Curcio.

The hardest-hit areas included the towns of Amatrice and Accumoli. Amatrice Mayor Sergio Pirozzi told state-run broadcaster RAI a large portion of the town was destroyed.

“The whole ceiling fell but did not hit me,” said Amatrice resident Maria Gianni. “I just managed to put a pillow on my head and I wasn’t hit luckily, just slightly injured my leg.”

Rescuers worked after daybreak to try to reach those trapped in the rubble of collapsed buildings.

People stand by a road following a quake in Amatrice, central Italy, August 24, 2016.

The Rev. Savino D’Amelio, a parish priest in Amatrice, called the situation an “immense tragedy.”

“We are only hoping there will be the least number of victims possible and that we all have the courage to move on,” D’Amelio said.

Wednesday’s quake was not far from the the city of L’Aquila, hit by a 2009 quake that killed at least 300 people.