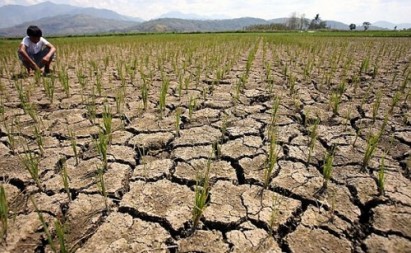 A conference of Horn of Africa countries most vulnerable to climate change opens in Kigali today. According to John Ntaganda Semafara, the acting director-general of Rwanda Meteorology Agency, the meeting will discuss disaster risk mitigation strategies and contingency plans on the critical climate sensitive sectors of the regional countries-Djibouti, Eritrea, Ethiopia, Kenya, Burundi, Rwanda, Somalia, South Sudan, Sudan, Tanzania and Uganda.
The issues to be presented are in the sectors of agriculture, construction, energy supply system, food security, livestock, water resources, health, disaster risk management and others where policy and decision makers will use data to take measures.
He said Rwanda, since July last year, had faced El Nino effects where people lost lives while plants and buildings were destroyed by irregularly occurring and complex series of climatic changes affecting the equatorial Pacific region and beyond, characterised by unusual sea warming.
The phenomenon has caused serious food insecurity and humanitarian crises in the areas of vulnerable communities triggering emergency appeals for help.
“El Nino effects have been observed in Rwanda. The Ministry of Disaster management will be there to present the cost of damages but recent meeting with the ministry showed that the cost in helping the affect areas has doubled compared to previous periods.
Data on that and on next weather predictions are being gathered with those from other countries to be presented on Monday,” Ntaganda said.
The current El Niño has triggered floods in the equatorial sector, causing deaths of people and livestock, damage and destruction of infrastructure, especially roads and bridges in Uganda, Kenya, Burundi, Somalia, and Tanzania, as well as destruction of crops (Uganda, Kenya, Somalia, Burundi, Rwanda, and Tanzania).
In the northern sector, the prevailing drought conditions have already triggered humanitarian responses in Ethiopia and Sudan, which are the most drought affected countries so far.
Other countries in the region such as South Sudan are experiencing effects of both drought in the northern parts and floods in the southern.
According to Anthony Twahirwa, the head of weather and climate service at Rwanda Meteorology Agency, 16 people have died in Rwanda since September last year, while several infrastructure have also been damaged by heavy rains.
He said El Nino phenomenon could start decreasing at the end of May.
The 42nd Greater Horn of Africa Climate Outlook Forum (GHACOF 42 ) is organised by Climate Prediction and Applications Centre in collaboration with other partners under the theme “2015 El Niño impacts and lessons learned in the Greater Horn of Africa.”
Source: The New Times