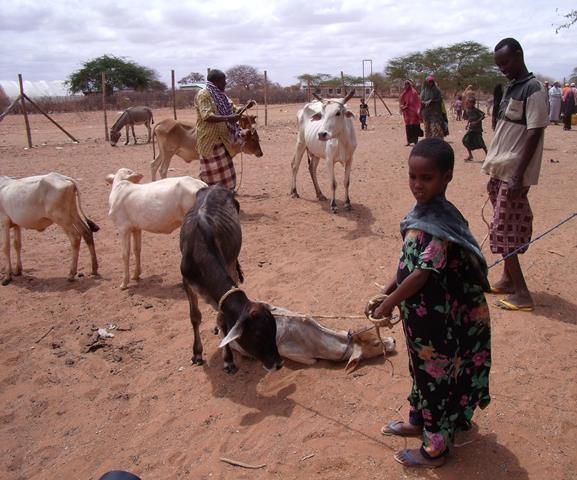 Drought in East Africa has sent prices of staples such as maize and sorghum soaring, the U.N. Food and Agriculture Organization (FAO) said on Tuesday, warning that a sharp increase in food prices could lead to renewed hunger in the region.

In South Sudan, food prices were between two and four times higher than a year ago while in Kenya prices of maize were up by about a third, FAO said.

In Somalia, maize and sorghum harvests were estimated to be 75 percent lower than usual and more than half of the country’s population, mostly in rural areas, was facing hunger, it said.

Trends in East Africa were in contrast with the stable trend of the organisation’s global Food Price Index, which measures monthly price changes for a basket of cereals, oilseeds, dairy products, meat and sugar, FAO said.

It said crops in East Africa had been depleted by drought exacerbated by the El Nino weather phenomenon that ended last year, and poor and erratic rainfall in recent months.

About 12 million people in Ethiopia, Kenya and Somalia were at risk of hunger due to recurring droughts, according to FAO figures.

Unusually high prices of staples posed an extra challenge for nomadic herders as shortages of water and pastureland had had a harmful impact on animals, leading to lower livestock prices and leaving pastoralists with even less income, FAO said.

In Somalia, prices of goats were up to 60 percent lower than a year ago while in Kenya they declined by up to 30 percent in pastoralist areas, the FAO said.