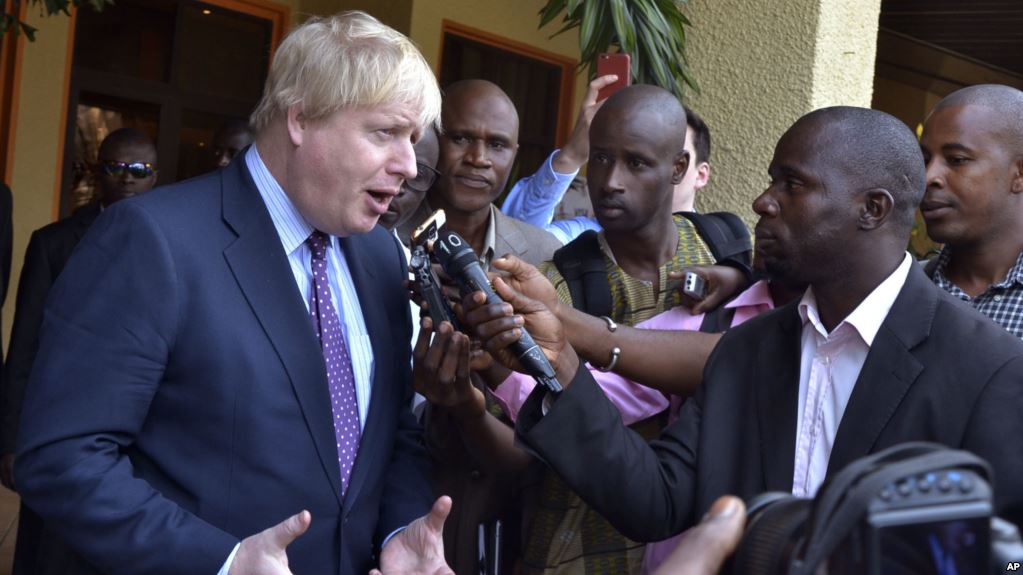 British Foreign Secretary Boris Johnson said on Tuesday that Gambia, which is seeking to emerge from more than two decades of authoritarian rule, would be readmitted “as fast as possible” to the Commonwealth, a body whose African members he once maligned.

Longtime leader Yahya Jammeh, who had ruled since seizing power in 1994, fled Gambia last month after regional militaries launched an operation to remove him.

In 2013, the mercurial former coup leader pulled his tiny West African nation out of the Commonwealth, the grouping including Britain and most of its former colonies, branding it a “neo-colonial institution.”

Johnson met with Gambia’s new president, Adama Barrow, who won a Dec. 1 election that Jammeh rejected, on the first leg of his maiden trip to Africa, a continent where he has been accused of racial insensitivity in his previous career as a journalist.

“We are going to admit them as fast as possible. Last night I talked to the Commonwealth secretary general, and she is determined to speed it up and get it done as soon as possible,” Johnson told reporters after the meeting.

Barrow is attempting to reverse many of Jammeh’s most controversial decisions and is also planning to stop Gambia’s withdrawal from the International Criminal Court.

“We welcome any effort being made by the newly democratically elected government of The Gambia to try to re-join the Commonwealth,” the body said in a statement on Tuesday.

“Should it decide to apply, we have formal processes which have to be undertaken and membership agreed by the 52 heads of government,” the Commonwealth said.

Before becoming Britain’s foreign minister, Johnson was known for his often abrasive writing as a newspaper columnist. In a 2002 article in The Telegraph criticising a trip by then Prime Minister Tony Blair to Congo, he employed a racially charged term to describe the Commonwealth’s African members.

“It is said that the Queen has come to love the Commonwealth, partly because it supplies her with regular cheering crowds of flag-waving piccaninnies,” Johnson wrote.

He apologised for the language while running for mayor of London six years later.

Johnson continues his Africa tour in Ghana on Wednesday.