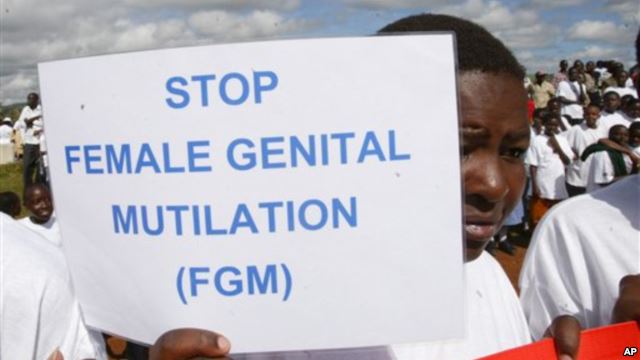 Moved by one of the legislators Ms Dora Byamukama, the FGM Bill aims to outlaw the harmful practice which affects young women and girls in Kenya, Rwanda, Uganda, Burundi and Tanzania and is seen as critical.

Ms Byamukama states that FGM brings with it a number of health complications including early child marriage and defilement, that sometimes lead to transmission of HIV and AIDS, injuries and even death to those who undergo the practice.

According to the legislator, with the advent of the Common Market Protocol which necessitates free-movement and cross border nature, the influence of culture is expected to spread if not checked.

Contributing to the debate Judith Pareno remarked that surveys show that an estimated 200 million women in 27 countries in the Continent have undergone FGM.

Saoli ole Nkanae also noted that the practice is prevalent among the Maasai in East Africa. She referred to it as a serious matter.

UNICEF estimated in 2016 that 200 million women had undergone the procedures in 27 countries in Africa, as well as in Indonesia, Iraqi Kurdistan and Yemen, with a rate of 80-98 percent within the 15-49 age groups in Djibouti, Egypt, Eritrea, Guinea, Mali, Sierra Leone, Somalia and Sudan.

Rooted in gender inequality and attempts to control women’s sexuality and ideas about purity, modesty and aesthetics, FGM is usually initiated and carried out by women, who see it as a source of honour, and who fear that failing to have their daughters and granddaughters cut will expose the girls to social exclusion.