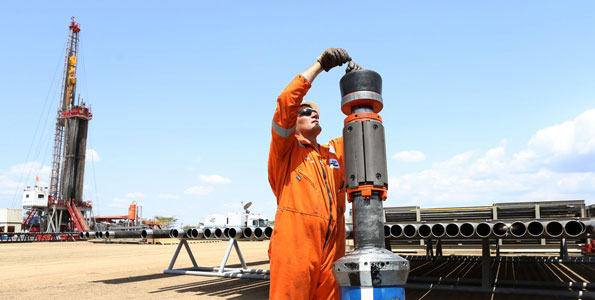 Significant onshore oil discoveries in Uganda and Kenya and offshore gas discoveries in Tanzania and Mozambique have made East Africa a subject of intense interest among the global energy industry.

The speed at which governments in East Africa are developing hydrocarbon reserves is a clear indication of their will to cement the region’s reputation as the new hotspot in hydrocarbon exploration and production.

Just last week, Tanzanian President John Magufuli ordered that exploitation of natural gas begin as a matter of urgency, whilst Kenya’s President Uhuru Kenyatta announced that the government has brought forward the country’s oil production deadline by two years and ‘set a path’ that will enable the country to become a major producer and exporter by 2019.

Tullow Oil will now send the country’s first barrels of oil to the market in March 2017, with exports expected soon after.

Hon. Charles Keter, Cabinet Secretary of Kenya’s Ministry of Energy and Petroleum is expected to expand on Kenya’s extraction and transportation plans during his keynote speech at the East Africa Oil & Gas Summit & Exhibition (EAOGS) in Nairobi on 16 November.

Hosted for the fourth time by the Kenyan Ministry of Energy & Petroleum, EAOGS is where government delegations, international oil companies, suppliers to the industry and investors from across the world come together to examine the hugely significant opportunities in the region.