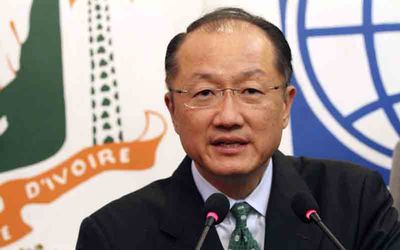 The World Bank and the Global Fund will invest $24 billion in Africa over the next three to five years to accelerate universal health coverage across the continent.

“A critical part of this commitment is to accelerate progress on universal health coverage – ensuring that everyone everywhere has the opportunity to live a healthy and productive life,” Jim Yong Kim, the President of the World Bank said last week.

The bank and the fund, which works to tackle AIDS, TB and malaria, announced the funding recently at TICAD6 in Nairobi.

Last week in Washington, the President Barack Obama administration said the United States will contribute $4.3 billion to the Global Fund to Fight AIDS, TB and Malaria. However, the money is subject to congressional approval.

Susan E. Rice, the US National Security Advisor said in a statement last week, “The announcement, made today in Washington D.C., comes shortly before a Global Fund Replenishment Conference in Montreal on September 16-17 gathers world leaders and decision-makers to set funding for the next three years.

“We are committing to match one dollar for every two dollars in pledges made by other donors through September 30th, 2017,” she said.

She said, “We are calling on all partners to contribute generously in order to leverage our matching pledge to reach the Global Fund’s replenishment goal of $13 billion for the three year period from 2017 to 2019.”

According to the Geneva-based organization, to date, the Global Fund has saved 20 million lives.

In its Global Fund Results Report 2016 published last week, there have been one-third fewer deaths from AIDS, TB and malaria in the countries where the Global Fund invests.

The Global Fund partnership, which brings together governments, civil society, the private sector and people affected by the diseases, is on track to reach 22 million lives saved by the end of 2016.

“These figures represent what’s possible when partners from around the globe come together to fight these three diseases,” Mark Dybul, the Executive Director of the Global Fund said.

He said, “At a time of global social and economic upheaval, this is proof positive that when we unite behind bold, ambitious goals we can transform lives and build more just societies.”

Programs supported by the Global Fund, which are designed and implemented by local experts, provided 9.2 million people with antiretroviral therapy for HIV, 15.1 million people with testing and treatment for TB, and 659 million mosquito nets to prevent malaria. As a result of prevention and control interventions in more than 100 countries, Global Fund-supported programs averted 146 million new infections from the three diseases since 2012 alone.

Dr. Dybul said, “These results show the incredible dividends the Global Fund partnership is paying back – now we need to increase our effort to reach the people most at risk and end the epidemics for good.”

The World Bank said it expects to contribute $15 billon in the next five years to investments that are critical to universal health coverage, including in areas like pandemic preparedness, nutrition, early childhood development and leveraging the private sector.

The Global Fund’s $9 billion commitment for 2017-19 includes $6 billion in investments towards the prevention of its core diseases (HIV, TB and malaria), as well as $3 billionn of investments in improved systems for health, including procurement, data quality and management, and human resources.

The fund’s commitment however is contingent on it receiving a $13 billion in financing when its annual replenishment period opens in September.

Kim said that by investing in Africa’s “most prized resource” – its people – the continent’s countries can be more competitive in the global economy.

Studies have shown that investing in healthcare can reap big economic dividends for countries, as well as substantially improving the lives of their populations.

Health forms a significant component of the Sustainable Development Goals, an agenda agreed by world leaders at the United Nations last year that aims to see all nations achieve progress on 17 development areas by 2030.

A framework intended to support progress towards achieving universal health coverage in Africa by 2030 was also launched at last week’s conference by the World Bank, Global Fund, World Health Organisation, African Development Bank and the government of Japan.

The Japanese Prime Minister Shinzo Abe said African nations can use the framework to take ownership of their progress towards universal health coverage while the international community can also make use of it in their cooperation.

The bank and the fund, which works to tackle AIDS, TB and malaria, announced the organisation estimates that an additional $65 billion to $115 billion in domestic funding could be mobilised annually in Africa over the next 10 years.

In 2014, African countries spent around $126 billion in domestic resources on healthcare. In 2001, heads of state of African Union countries pledged to allocate at least 15% of their annual budget to improve the health sector in their countries, and while some nations have progressed towards this goal others lag behind.