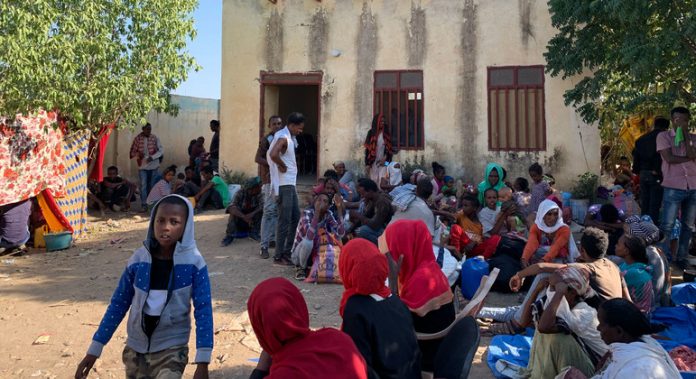 Senior UN authorities have led a two-day mission to southeastern Sudan, where approximately 30,000 Ethiopians have discovered shelter in the wake of escaping progressing battling among national and regional forces in Tigray area, the world body reported on Wednesday.

The UN’s humanitarian coordinator in Sudan, Babacar Cisse, along with the heads of the UN refugee agency, UNHCR, the World Food Programme (WFP), the UN Children’s Fund, UNICEF, and the UN Population Fund (UNFPA), were there to evaluate the situation in refugee camps.

Tigray is situated in northern Ethiopia, and the conflicts broke out not long ago after the reported takeover of a military base, inciting the Prime Minister to dispatch an army hostile.

“The UN team, with the Government of Sudan, is working to ensure that people are not in reception centres for more than two days before being transferred to more proper facilities in refugee camps,” he said.

Approximately 4,000 individuals daily are streaming into Sudan, as indicated by UN Spokesperson Stéphane Dujarric, who added that families and children are sleeping in the open.

The mission visited the Hamdayet Reception Centre, home to almost 16,000 people, as well as places in Um Raquba camp, which at present has 4,440 Ethiopian refugees.

The camp is prepared to host 10,000 people, while the reception centre is being expanded to shelter more people streaming across the border.

The UN likewise is recognizing additional sites with the goal that refugees can move away from the border and get help and essential services.

Mr Dujarric said the principle concern presently is hygiene, as an ever-increasing number of people show up, with the emphasis on preventing the further coronavirus spread.