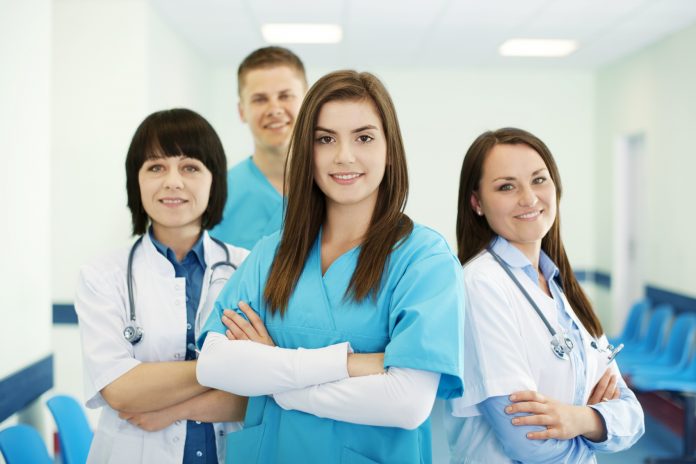 “Leadership is a series of behaviours rather than a role for heroes.” – Margaret Wheatley

WHO estimates that worldwide, 10% of pregnant women and 13% of women who have just given birth experience a mental disorder, primarily depression. Perinatal depression, which encompasses both categories of women, impairs a woman’s ability to function and also hinders the development of the child. While pregnant women everywhere are susceptible to perinatal depression and other mental illnesses, the problem is greatest in developing countries, where WHO estimates that 20% of mothers experience postpartum depression.

Perinatal depression is exacerbated by poverty, migration, stress, and exposure to violence, according to research compiled by WHO. The organization emphasizes the need to integrate maternal mental health with general health guidelines.  From leading nations to stand up for human rights, to running the world’s most important organisations, women continue to shape the world through their leadership.

Women are twice as likely as men to be affected by unipolar depression, which is forecast to be the second most common source of “global disability burden” by 2020. Figures compiled by WHO indicates that treating women with depression would “contribute significantly” to easing the worldwide impact of disabilities caused by psychological disorders. Women are also more likely to suffer from three or more “comorbid” mental illnesses (two or more disorders affecting one person). This condition increases the burden of the disability, and may also make the disorders more persistent in women.

The process of becoming a mother generally marks a wonderful event that encompasses discovery, learning, and a positive worthwhile experience; some women, however, find the transition into motherhood defined by fatigue, frustration, and emotional turmoil. Feelings of loss of control and emotional distress not only affect the mother but also the infant child, the family and the community at large. Several studies have supported the magnitude of the effects of PPD on women, especially among minority, low-income populations, and the potential for long-lasting effects on the infant and roles at work.

When the workforce is comprised of at least 52% women (US Department of Labor, 2015) and 78% of those women are of childbearing age (US Department of Labor, 2016), one would wonder how motherhood in the workplace is managing. One area of concern for women is returning to work while still suffering the symptoms of postpartum depression (PPD). Many women are required to return to work regardless of PPD symptoms due to financial reasons or lack of additional time granted by FMLA laws (Dagher, McGovern, Dowd, & Lundberg, 2011). PPD is an incapacitating mental disorder that can affect up to 20% of new mothers within the first year of birth (Dagher et al., 2009; Werner, Miller, Osborne, Kuzava, & Monk, 2014).  This number may not include the women who do not report their PPD symptoms or go undiagnosed. Many women fear asking for help due to stigma or concern of repercussions (Babatunde & Moreno-Leguizamom, 2012; Selix & Goyal, 2015). Issues that can occur in the workplace as a result of PPD is absenteeism and low work performance (Selix & Goyal, 2015; Ortega & Reio, 2016).  Career progression for women can be stunted by having children in general (Aisenbrey, Evertsson, & Grunow, 2009; Miller, 2011), but adding the complication of PPD symptoms further causes concern for women to be able to progress in careers and leadership positions.

Support for women at the workplace.

Gender – the socially constructed roles, behaviours, activities and attributes that a given society considers appropriate for males, females and other genders – affects how people live, work and relate to each other at all levels, including in relation to the health system whereas sex encompasses the biological differences between male and female, such as chromosomes and reproductive systems. Gender roles vary over time and between cultures, but sex varies little.

Being gender-responsive means recognizing and understanding the lives, roles and contribution of women and men, ensuring that women benefit equally from interventions.

Gender mainstreaming aims to promote gender equality. It is a process of analyzing the consequences for women and men of any planned action, such as programming or policy, ensuring that the perspectives of both men and women are present in design, implementation, monitoring and evaluation. Gender mainstreaming always includes a systematic gender analysis, analyzing the situation of women, men, boys and girls and their relationships with each other. Gender should be integrated in every aspect of programming and policy development, and actions working towards gender equality should be prioritized

Inequity is widespread, especially at the highest levels of management and leadership, a clear example, in 2015, only 27% of Ministers of Health were women. In 2014, only 24% of directors of global health centres at the top 50 US medical schools were women. At the 68th World Health Assembly in May 2015 of the World Health Organization, only 23% of member state delegations had a woman in the role of a chief delegate.

Leadership that is gender-responsive and institutionalized

Gender-responsive leadership is needed at all levels of workforce systems, as it works towards eliminating gender bias and discrimination in order to support full participation of all genders and assure equitable access to opportunities.

Recognizing and increasing the visibility of women’s leadership in global workplace through (1) hosting gender-balanced events; (2) a recognition system; and (3) active recruitment of women leaders at all levels should be a priority in global health. Such environments will contribute to institutional re-structuring that provides support to women both in building careers and in progressing and continuing to achieve throughout the life course.

In many countries, more than 75% of people engaged and working in global health are women, but this proportion of women is not reflected at the top levels of leadership. The Lancet Commission on Women and Health revealed that women are contributing around US$3 trillion to global health care, but nearly half of this [2.35% of global gross domestic product (GDP)] is unpaid. The vast contribution of women and the integral role they play as a large part of the health-care labour force is often under-appreciated and under-recognized.

Issues and inequities and lead to the creation of structures that explicitly address these issues.

Mentorship should be cultivated early in training, with greater investment in mentorship in the mid-career level, when women leaders are at greatest risk for leaving the talent pipeline. Mentorship should be gender-responsive, with men and women alike being equipped with the knowledge and tools to recognize gender-specific challenges, in addition to providing guidance on career advancement, work-life balance and overall resilience

Develop networks create space for women to connect with women in the global health community-locally, nationally and internationally. Spaces are needed where women can share their experiences unique to them allowing validation of their experiences and a place for both personal and professional development through peer-to-peer support

Increase flexibility for men and women in global health to accommodate personal, domestic, and family obligations, including increasing part-time opportunities and longer extensions

Improve policy and practice in terms of the health and safety risks women face in carrying out their leadership-related roles. This could include: increased health and emergency evacuation coverage; flexibility to accommodate for unexpected crises and personal emergencies; family support; and additional gender-sensitive security budgets.

US Department of Labor. (2015). Women in the labour force: A databook. Retrieved from https://www.bls.gov/opub/reports/womens-databook/archive/women-in-the-la…

US Department of Labor. (2016). Latest annual data. Retrieved from https://www.dol.gov/wb/stats/latest_annual_data.htm#age