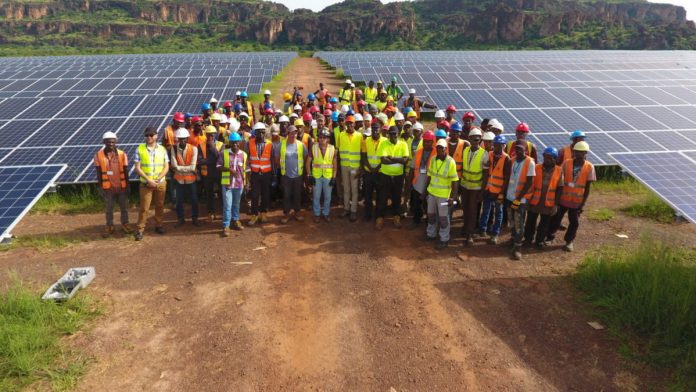 A 50MW solar plant west of Bamako in Mali is now the largest operational plant in West Africa.

A flagship Akuo Group project, the Kita solar plant in the Kayes Region, injected its first kilowatt-hour into the Malian power grid in March 2020.

The plant now covers the electricity needs of 120,000 Malian homes and will reduce CO2 emissions in the country by more than 52,000 metric tons a year.

The Kita solar plant is not only actively increasing the country’s electrification rate but is an essential component of economic and social development.

The project also puts the country, a signatory to the Kyoto Protocol of 1995, a step closer to its 2030 national renewable energy targets.

SE4All says Mali has set an 87% access to energy target for 2030, with 100% access to clean cooking solutions. The country is also targeting improving the share of renewable energy sources into the electricity mix to 37% by 2030.

The successful commissioning of the plant is also a step towards reducing the country’s dependence on imported fossil fuels, use of wood fuel from the country’s forests and hydroelectricity, which is currently jeopardized by climate change.

Large hydropower generation accounts for 51% of the country’s installed capacity, but rainfall and hydrological changes are impacting generation, and the country is increasingly turning to oil-powered stations.

In addition to the provision of energy, the solar plant also incorporates an agricultural and social dimension. The development of a five-hectare plot adjacent to the solar plant has provided an area for growing crops for those who live close to Kita solar plant.

Training in techniques to improve organic farming are being provided by the Akuo Foundation teams. Construction of the solar plant created up to 350 local jobs. Long terms jobs for women number 120, but this will gradually expand to 200.

PASH Global is Akuo’s co-shareholder on the project. Kofi Owusu Bempah and Vine Mwense, founders of PASH, said: “We are delighted to have co-invested for a 49.9% share in this prestigious project, the first of its kind in Mali.