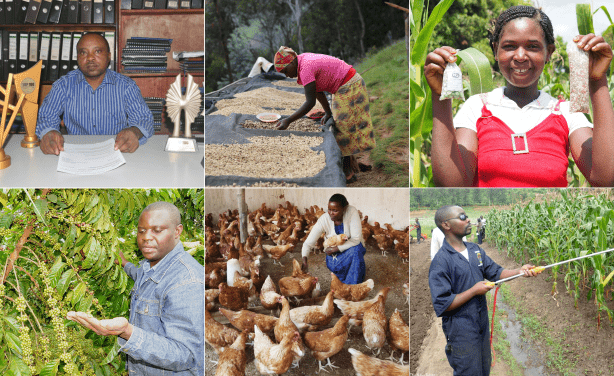 When the British Economist Thomas Malthus predicted in his work ‘An Essay on the Principle of Population’ that food production would not be able to keep up with growth in the human population, he definitely did not put into consideration the term ‘Agribusiness’ as, at the time, it was not in existence. Agribusiness was coined as a portmanteau of ‘agriculture and business’ in 1957 by John Davis and Ray Goldberg. Today, the growth and development of agribusiness seem to defy Malthus’ position that the human population would grow geometrically while food production would increase arithmetically. Considering the power and function of agribusiness and how it can apply to Africa, it is only normal that an investor’s interest is piqued with certain questions coming to mind.

When one ponders on the above questions, it is unavoidable not to consider the blistering potential agribusiness possesses in Africa and what it promises. Bar the wrong stereotype notion attached to agriculture in Africa with images of old, worn-out and overworked farmers operating in rural areas with crude tools, Africa is an agribusiness goldmine which has not fully been discovered yet – even at the moment with technological breakthroughs and notable improvements in agriculture world over. Presently, relevant facts show that investors are beginning to recognize the enormous potential resident in a fertile continent with a vibrant population, providing manpower, and relevant resources. In 2014, Africa’s richest man, Aliko Dangote, invested $1 billion in rice production in Nigeria branching into commercial rice farming and modern integrated rice mills with his investment cutting across a massive 150,000 hectares of farmland in five states. According to a report on Allafrica.com, covered in 2019, the Dangote Group project the delivery of this investment to be up to a million tons of rice annually which it hoped to export. In a bid to strengthen its position in the agribusiness industry, the Group has made subsequent investments into the agribusiness industry in Africa.

Apart from local interest in African agribusiness, since 2009, investors in the USA, Europe, Middle East and Far Asia have been buying and leasing millions of hectares of African land for agricultural purposes. An estimation from the World Bank projects African agriculture and agribusiness to be worth $1 trillion by 2030, albeit not without improvements in electricity and irrigation, coupled with smart business and trade policies. The World Bank with this estimation, tagged ‘Growing Africa: Unlocking the Potential of the Agribusiness’, published in March 2013, argues that its projection could live up to reality. Furthermore, a 10-year projection on Foreign Direct Investment in African agribusiness shows an expectation of growth from $10 billion in 2010 to $45 billion by the end of 2020, the current year. With this, agriculture represents one of Africa’s best and biggest opportunity at the moment, and for a long time to come as food consumption is one aspect of human existence which can never lose relevance.

Over the past few years, private investors and foreign governments have acquired thousands of acres of farmland in Africa in a bid to protect their countries against future food shortages and also create a means to sustain food consumption in their entities. For instance:

It becomes imperative now to consider why the interest in African agribusiness is high among top business persons, foreign investors and even countries with an eye for potential growth and development. Factors responsible for this include:

As a business advantage, Africa’s land is located in rural areas, that is why they are often cheap to buy or lease. On average, one hectare of land (10,000sqm) can be leased for as low as $100 per year, depending on the location. Governments in Africa also key into the agenda of improving African agribusiness offering excellent incentives and tax exemption in an effort to attract foreign investors in the agricultural sector. For instance, in Ethiopia, the land lease is available for up to 50 years, often at prices as low as $6 per hectare with tax incentives which include the possibility of 9 – 15 years of tax holidays. The government of The Gambia in 2019 in a bid to woo Nigerian investors, according to a Businessday.ng report, assured the investors of a number of incentives including free tax and VAT operations, unfettered access to land and 100% profit repatriation.

Africa’s population is estimated to be above 1 billion people and at its current growth rate, the continent’s population is expected to reach 2.2 billion by 2050. To feed this population, Africa spends billions of dollars every year to import grains, flour and other processed foods which, ordinarily, can be produced within the land it possesses.

In this case, investors or entrepreneurs who can provide cheaper and locally-grown alternatives to these imports would be keying into a goldmine. It is not only the food industry that relies on agribusiness. Manufacturing and processing industries also need agricultural raw materials to survive. In a bid to meet up with the demand of a market represented by a growing population, as without doubt, the demand for raw materials will increase, it remains that only a working and well-equipped agribusiness industry can provide the relevant mechanism with which to satisfy this demand.

In exploring the scalability of agribusiness in Africa, a story featured on smallstarter.com reveals how Anna Phosa, an entrepreneur who started her agribusiness in 2008 in her backyard with 4 pigs built her investment into a 350-hectare pig farm, becoming a major supplier to Pick n’ Pay – South Africa’s supermarket chain.

The value chain in the agribusiness from food production, processing and marketing provide huge opportunities for employment and entrepreneurship. A report by the World Economic Forum (WEF), the African Development Bank (AfDB) and the World Bank tagged ‘The Africa Competitiveness Report 2017’ estimates that Africa’s working-age population is expected to grow by 450 million people, or close to 70%, by 2035. According to Akinwumi Adesina, the President of the AfDB, “Looking ahead, the continent’s young and increasing population presents an unprecedented opportunity to spur rapid development”. This only shows that a lack of workforce on the continent is not expected anytime soon and with such projection, agribusiness can look to thrive on the continent.

In analyzing the importance of agribusiness, the Food and Agriculture Organization of the United Nations (FAO) estimate that over 70% of the world’s food needs are met by small farmers. This highlights the use and purpose of the agribusiness which when considered full scale employs the most people in the world, serves as the main source of food and income for humanity, is fundamental to the economy of developing countries and possesses the potential to increase the added value of raw materials, strengthen local rural economies, improve food security and nutrition and create a good quality life in many homes.

An investor in Africa looking to build or sustain potential investments in the agribusiness industry can incorporate the following tips in the plans for developing such business:

Recently, the United Nations Secretary-General warned of famine in 4 countries calling out three in Africa – Congo, North-east Nigeria and South Sudan. If nothing, this shows the need to invest more in agribusiness within the continent and there is no better time than now to carry out such initiative large scale, where possible.