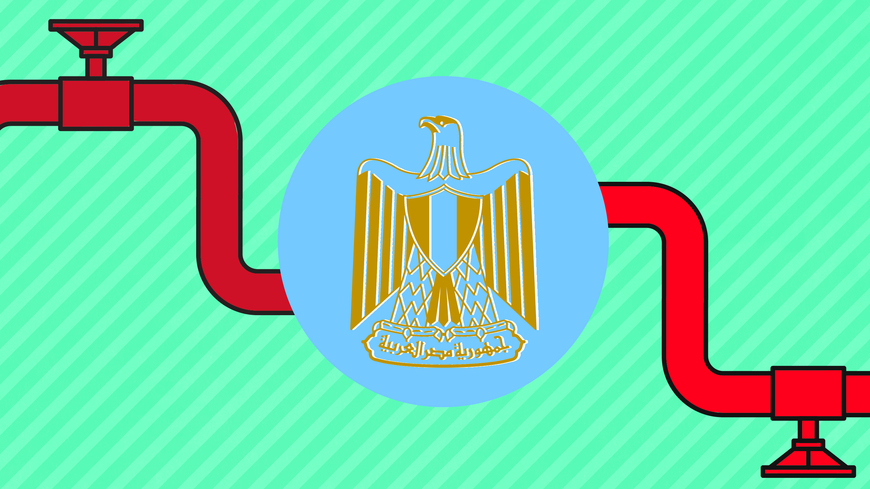 Egypt’s gas imports, which saved Egypt from frequent daily power cuts five years ago, has become a thing of the past, as Minister of Petroleum Tarek el-Mulla announced Sept. 29 that the country stopped importing liquefied natural gas (LNG).

According to Mulla, Egypt has managed to achieve self-sufficiency in gas due to the Zohr gas field whose output increased six times since its inauguration in January.

In the past, Egypt had sufficient supplies of gas and was exporting gas by pipeline to Jordan and Israel. In 2004, Jordan and Egypt signed a gas trade agreement, and a similar deal was reached with Israel in 2005.

But the political and economic struggles that followed the January 25 Revolution affected the gas sector. In 2013, international oil-producing companies suspended operations as the Egyptian government stopped payments. As a result, the country suffered from an acute energy shortage and daily electricity blackouts occurred. To end its energy crisis, Egypt resorted to importing gas from Algeria, Jordan, France and Russia in 2014.

According to Hamdi Abdel Aziz, spokesman of the Ministry of Petroleum, Egypt imported a total of 118 LNG cargoes in fiscal year 2017, costing about $2.5 billion.

The daily output of the Zohr gas field increased from 350 million cubic feet since it started operating in January to 2 billion last month, bringing Egypt’s overall gas production to 6 billion cubic feet per day, according to Mulla’s statement.

Medhat Youssef, a petroleum expert and former vice president of the Egyptian General Petroleum Corporation, expects that the recently discovered gas fields in Egypt could turn it into a regional gas hub within the next few years.

The Atoll gas field, which was discovered by British Petroleum in 2015, lies in the North Damietta Concession in the East Nile Delta. In the same year, Eni discovered the Nooros gas field located offshore in the Nile Delta.

“Egypt can become a regional gas trading and exporting hub, thanks to the abundant supply from the newly discovered field of Zohr. Eni announced [in August] the discovery of a new field in the western desert. In addition to this, Egypt has 19 plants for natural gas treatment and two liquefying facilities with total capacities of 12 million tons per day,” Youssef told Al-Monitor.

He noted that Egypt’s proximity to the main international trade routes and the presence of the Suez Canal enable it to become a regional energy hub, since it facilitates the transportation of oil and gas.

Osama Kamal, petroleum expert and a former minister of petroleum, told Al-Monitor that the European Union (EU) can become a possible energy customer for Egypt in the coming period. “The visit by EU Energy Commissioner Miguel Arias Canete to Egypt in April this year reflects the EU’s interest in that,” he noted.

During his visit, Canete said, “Egypt is becoming an important gas and electricity hub that can provide energy security for the EU and for the entire region. There is much to gain in terms of access to new sources of energy and market opportunities, for European and Egyptian citizens and businesses alike.”

Egypt has taken many vital steps in order to become a regional gas hub after the discovery of the new gas fields.

In August 2017, the country enacted a new law that set up a natural gas regulatory authority charged with devising plans to open the gas market to competition between the private sector and the government. The law prevents the state’s monopoly of the gas sector, by allowing the private sector to directly ship, transport, market, store and trade natural gas using the country’s network and pipeline infrastructure.

In September 2018, Egypt signed an agreement with Cyprus for a $1 billion pipeline connecting Cyprus’ Aphrodite gas field to liquefaction plants to be constructed in Damietta and Idku.

According to an Aug. 20 statement by the Ministry of Petroleum, 61 agreements with investments of $14 billion have been signed for oil and gas exploration in Egypt since June 2014.

Rashad Abdo, head of the Forum for Economic and Strategic Studies, told Al-Monitor that ceasing gas imports would save the country $250 million per month, and $3 billion annually, and these savings could be used to give a major boost to more investments in other sectors.

Abdo believes that Egypt could turn into a net exporter of natural gas in the next few years if the government acts on the diversification of its energy mix, as demand is growing faster than production rates. “The faster Egypt directs to renewable energy sources, the greater gas surplus would be available for exportation in the medium run,” Abdo said.