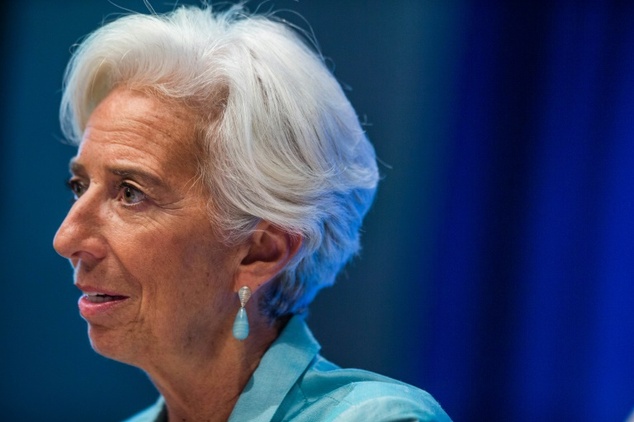 Egypt is making good progress in its $12 billion loan programme with the International Monetary Fund and its currency may be stabilising after plunging to record lows, IMF Managing Director Christine Lagarde said on Monday.

In November, Cairo agreed the three-year loan deal with IMF, which involved tough economic reforms, such as cutting its budget deficit and floating the Egyptian pound. The currency plunged as low as around 19.50 to the U.S. dollar in subsequent weeks.

Financial markets are closely watching how the government keeps to the terms of the deal, which will determine whether it receives loan instalments on schedule.

“We are seeing good progress, good ownership taken of the reforms by the authorities, a good focus on the Egyptian people and those who are most exposed in order to secure their positions,” Lagarde said in an interview on a visit to Dubai.

“So we have confidence that the authorities are really doing the best they can under the circumstances.”

The IMF expects to complete its first review of the programme around June this year, Lagarde said.

The pound has rebounded in recent days as foreign investor confidence has strengthened and backlogs of U.S. dollar orders to finance imports have diminished. It was quoted among banks at around 17.0 on Monday [nL5N1FU68H].

“It has gone through a cycle of depreciation. In the last few days we have seen the value of the pound go up a little bit, and I think that might be a clear indication that the transition phase is coming to a close,” Lagarde said.

“And we are seeing now the pound re-appreciate and stabilise at probably the rate at which the black market was dealing with the currency” before the float.

Lagarde also praised governments of the six-nation Gulf Cooperation Council for efforts to stabilise their finances after low oil prices slashed their income. She highlighted the GCC’s plan to introduce a value-added tax next year.

“Oil might go up a little bit more, it might go down a little more, but at least that VAT is certainly going to be a stable source of revenue.”