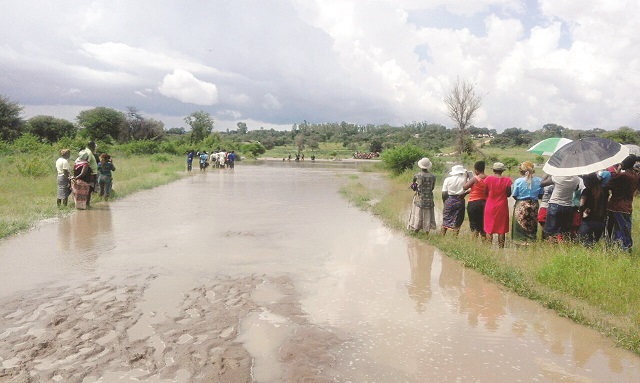 Although the country is looking forward to a bumper harvest this year, nearly 80 lives have been lost lightning and drowning in floods, Local government minister Saviour Kasukuwere has revealed.

Kasukuwere was responding to a question by Gweru urban legislator Sessel Zvidzai who wanted to know why families of 12 people who lost their lives to lightning in Binga did not receive any support from government.

“Recently in Binga, more than 12 lives were lost as a result of lightning and it caused a lot of emotional distress, fear and so on in that community.

“I wonder why the CPU did not come in and assist. Is it government policy to ignore such disasters?” queried Zvidzai in parliament during this Wednesday’s Question and Answer session.

Kasukuwere said the government had allocated resources for use by relevant departments during such situations.

“Binga was one such case that distressed us as a ministry. To date, if my memory serves me well, over 78 people have lost their lives in the country,” he said.

He added, “We know for a fact that we lost a number of lives in Binga, but we have a localised assistance institution in the form of the local department of the Civil Protection Unit (CPU) headed by the District Administrator (DA).

“It also cascades all the way to our councillors. What happens when there is such a disaster is that councillors are called upon to inform the District Administrator (DA) who heads our local department of CPU.

“From the DA it moves on to the province all the way to the national response institution. I am aware that we have been responding very much to the challenge in Binga.

“However, like I have said, it is a major challenge that we are facing across the country and we sympathise with the challenges that the families have gone through. However, we are trying to support them in the best possible way.”

This year’s rain season has been characterised with flooding that has also washed-away crops, livestock and destroyed infrastructure.