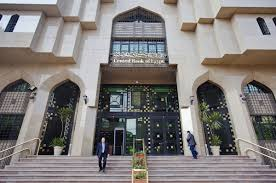 Egypt’s central bank has recently raised the cap on foreign currency deposits at banks to $1 million a month for exporting companies, easing restrictions that have led to manufacturing components pile up at ports.
According to a yet unpublished central bank statement, the new rules require firms to earn within three months foreign revenues through their exports equivalent to the sum they deposit to finance imports of components.
With forex reserves at half their pre-uprising level, the Egyptian pound has come under increasing pressure.
The central bank, reluctant to devalue the currency, imposed rules a year ago. Limiting to $50,000 a month the amount of dollars any company is allowed to deposit in the bank. The aim was to stamp out a currency black market but the rules stifled trade as companies could no longer open letters of credit to finance imports.
Though essential food, medicine and raw materials were prioritised, manufacturing components and a wide range of other food and consumer products were not. The central bank last month raised the cap on forex deposits fivefold to $250,000 for essential food, medicine and raw materials, relieving some pressure.
But manufacturers continued to feel the pinch, with General Motors joining in the last week a number of companies that have had to pause or slow production.
The central bank says it wants to ensure precious dollars are put to the best use and to reduce dollar demand by cutting Egypt’s import bill by a quarter. Businesses have urged the central bank to scrap dollar caps entirely, and economists have long said the central bank will ultimately have to devalue.
Last month’s decision to raise the cap saw companies return to the black market to source dollars and channel them into the banking system. That has widened the gap between the official exchange rate of 7.7301 pounds to the dollar and the black market rate, which on recently touched 9 for the first time.