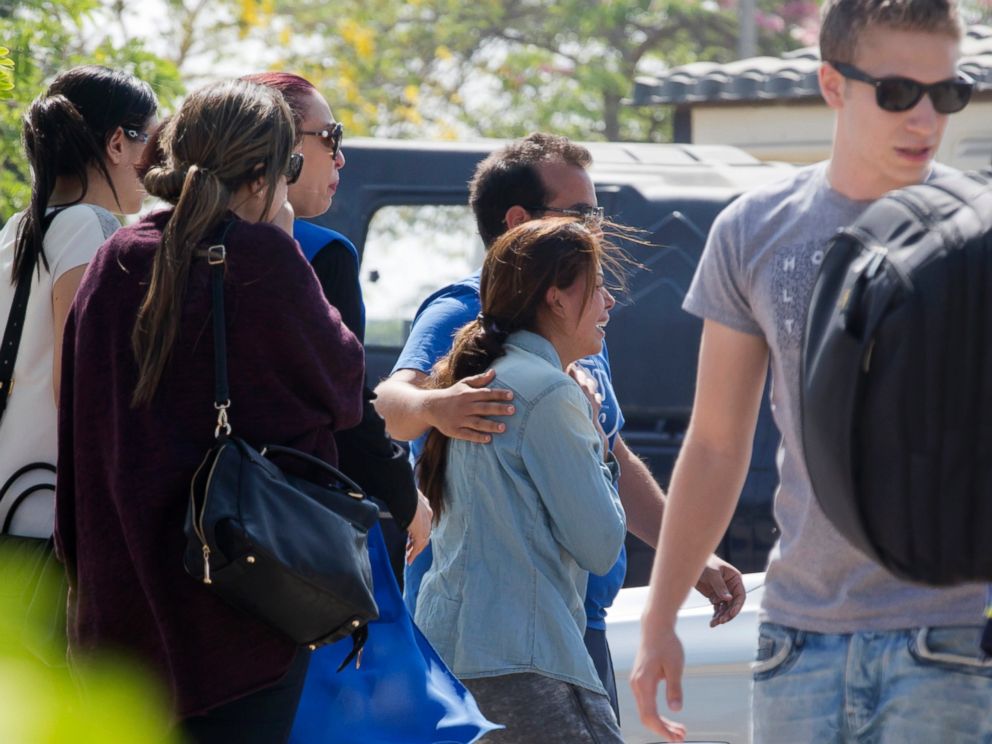 An EgyptAir flight carrying 66 passengers and crew on a flight from Paris to Cairo disappeared from radar over the Mediterranean Sea, Egypt’s national airline said.

Officials with the airline and the Egyptian civil aviation department told Reuters they believed the Airbus A320 had crashed into the sea.

Egypt Air said the plane sent an emergency signal – possibly from an emergency beacon attached to the plane – at 04:26 a.m., two hours after it disappeared from radar screens.

In water crashes, an underwater locator beacon attached to the aircraft’s flight recorders starts to emit a signal or ping. This helps the search and rescue teams to locate the boxes, and the location of the crash.

The aircraft was carrying 56 passengers, including one child and two infants, and 10 crew, EgyptAir said. They included 30 Egyptian and 15 French nationals, along with nationals from 10 other countries.

“The theory that the plane crashed and fell is now confirmed after the preliminary search and after it did not arrive at any of the nearby airports,” said a senior aviation source, who declined to be identified.

“All causes for the disaster are open, whether it is a major technical fault or a terrorist action or any other circumstance. This will be ascertained when we inspect the plane’s wreckage and transcribe its black boxes.”

Families of passengers and the Egyptian prime minister rushed to Cairo International Airport shortly after dawn while the Egyptian and Greek military scrambled aircraft and boats to search for the plane.

“There was nothing unusual,” EgyptAir vice chairman Ahmed Adel told Reuters. “The search and rescue aircraft from the Egyptian air force are at the position where we lost contact. They are still looking and so far there is nothing found.”

Egyptian state newspaper Ahram reported no distress call was made and the last contact was 10 minutes before the plane disappeared.

Greek air traffic controllers spoke to the pilot over the island of Kea, in what was thought to be the last broadcast from the aircraft.

“The pilot did not mention any problems,” Kostas Litzerakis, the head of Greece’s civil aviation department, told Reuters.

However, during the transfer to Cairo airspace, Greek controllers were unable to reach the pilot and the plane vanished from their radars shortly after leaving Greek airspace, he added.

Greece said it had deployed aircraft and a frigate to the area to help with the search.

A Greek defense ministry source said authorities were also investigating an account from the captain of a merchant ship who reported a ‘flame in the sky’ some 130 nautical miles south of the island of Karpathos.

The weather was clear at the time the plane disappeared, according to weather reports.

Speed and altitude data from aviation website FlightRadar24.com indicated the plane was cruising at the time it disappeared.

French President Francois Hollande’s office said the French leader had just spoken to his Egyptian counterpart and that both sides would cooperate closely.

Under U.N. aviation rules, Egypt will automatically lead an investigation into the accident assisted by countries including France, if it is confirmed that an Airbus jet was involved.

“We are in close contact with the Egyptian authorities, both civil and military,” French Prime Minister Manuel Valls told French radio. “At this stage, no theory can be ruled out regarding the causes of the disappearance.”

With its ancient archeological sites and Red Sea resorts, Egypt is a popular destination for Western tourists. But the industry was badly hit following the downing of a Russian jet last year, the ongoing Islamist insurgency and a string of bomb attacks in the country.

An Airbus A321 operated by Russia’s Metrojet crashed in the Sinai on Oct. 31, 2015, killing all 224 people on board. Russia and Western governments have said the plane was likely brought down by a bomb, and the Islamic State militant group said it had smuggled an explosive device on board.

In March, an EgyptAir plane flying from Alexandria to Cairo was hijacked and forced to land in Cyprus by a man with what authorities said was a fake suicide belt. He was arrested after giving himself up.

EgyptAir has a fleet of 57 Airbus and Boeing jets, including 15 of the Airbus A320 family of aircraft, according to airfleets.com.

The last fatal incident involving an EgyptAir aircraft was in May 2002, when a Boeing 737 crashed into a hill while on approach to Tunis–Carthage International Airport, killing 14 people.