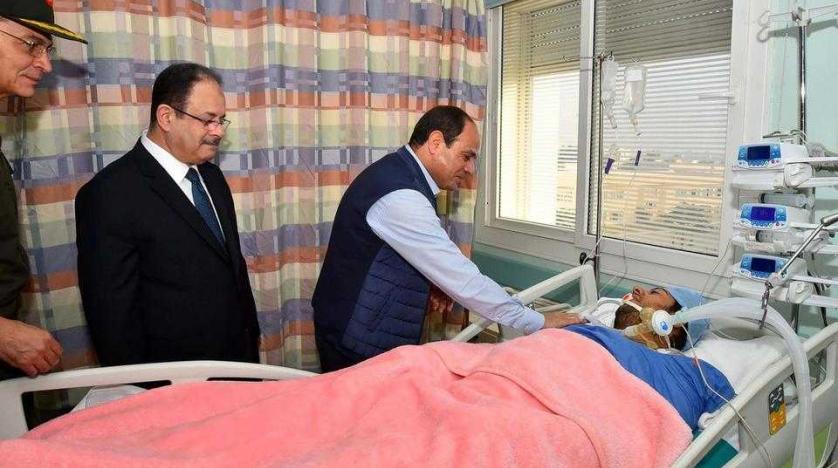 Egyptian President Abdel Fattah al-Sisi has revealed a huge interest in developing the education and health sectors to improve the living conditions of Egyptians.

During the inauguration of a number of development projects, Sisi said he would not allow citizens to suffer, promising to take the new education system to a whole new level.

The majority of Egyptians, living under the poverty line, fail in meeting their own basic needs and suffer from deteriorating health and education services amid growing inflation and a devalued currency.

Sisi inaugurated Wednesday a military hospital in Monufia governorate and a number of educational projects and new institutions, including Japanese schools, in several other provinces.

In his comment, he hailed the state’s initiative to eradicate queues in hospitals, noting however that the challenge in providing good medical services remains in the funding.

The president stated that queues had ended around 75 days after launching the initiative. The time-frame could have been shorter because Egypt has medical staff and hospitals that can offer medical services, he said.

Sisi urged civil society organizations to participate in the development and management of state hospitals.

He further tackled the screening campaign for Hepatitis C, saying it was launched because the virus has caused illnesses for the past 50 years.