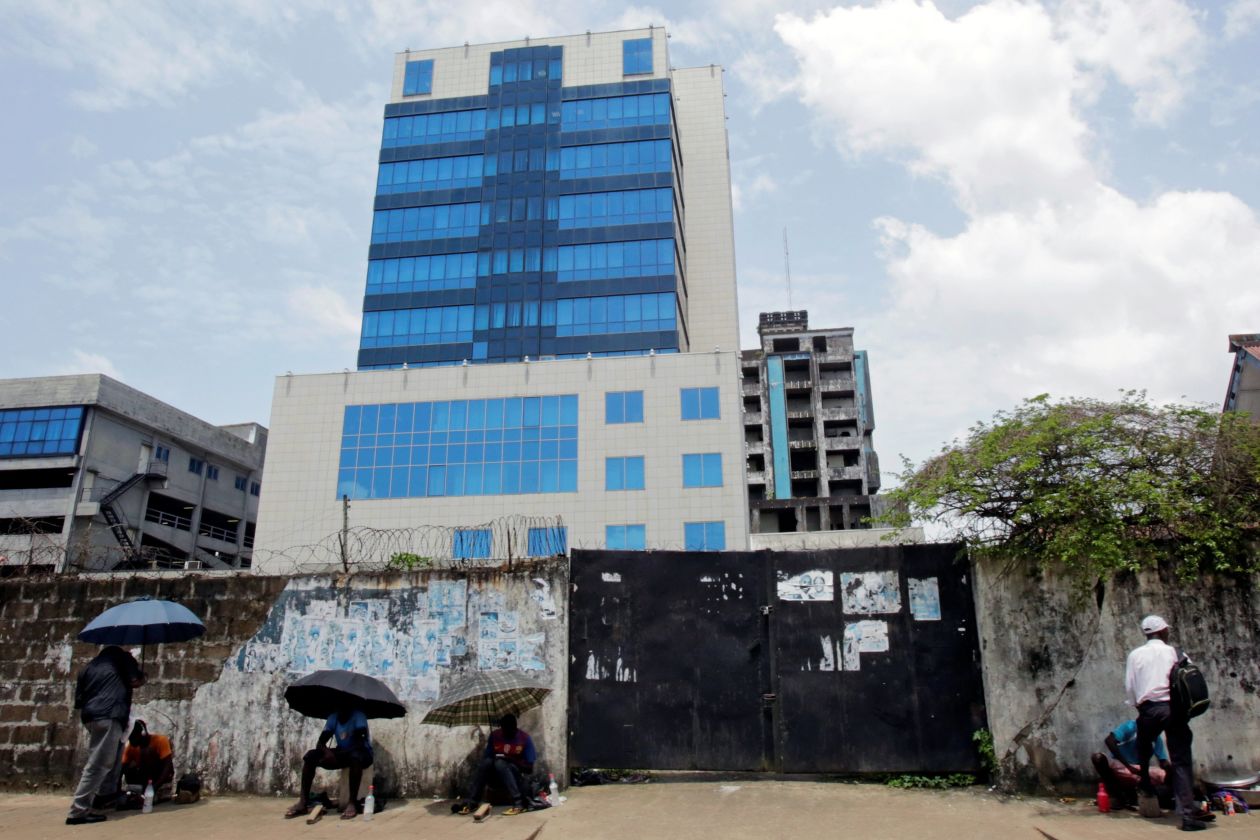 It could be one of the world’s biggest ever bank heists.

Authorities in Liberia said Wednesday they were investigating the disappearance of newly-printed bank notes worth $104 million intended for the central bank in a possible fraud worth 5% of gross domestic product.

The justice ministry confirmed that 15 officials, including the son of former president and Nobel Prize winner Ellen Johnson Sirleaf and the former central bank governor, were under investigation and had been banned from leaving the country.

Liberian officials said the bank notes—more than 16 billion Liberian dollars—were ordered by the central bank from overseas printers but disappeared between November and August. The money, packaged in canvas bags and 20-foot-high sealed containers, was cleared through Liberian customs between November and August but never made it to the central bank’s headquarters in the capital, Monrovia, the officials said.

The government said in a statement that the matter was being taken extremely seriously because it had “national security implications.”

The heist is a blow for Liberia’s crisis-addled economy as it recovers from the commodity price crash and devastating Ebola epidemic that has claimed more citizen’s lives than in any other nation.

Liberia, a Virginia-sized nation founded in 1847 by freed slaves, is rich in diamonds, oil and timber but remains one of the world’s poorest nations with a GDP per capita of $729 according to the International Monetary Fund.

Ms. Johnson Sirleaf is Africa’s first elected female head of state and won the Nobel Prize in 2011. She was widely credited for restoring order to a country devastated by recurrent civil wars that ended in 2003. But Ms. Johnson Sirleaf, known to Liberians as Ma Ellen was also criticized for nepotism—following the elevation of two of her sons to senior government positions—and failing to fight corruption.

Justice minister Frank Musa Dean said the money had been ordered during the administration of Ms. Johnson Sirleaf who stood down in January and was replaced by former football star George Weah. The central bank is cooperating with the investigations said a spokesman, but declined to comment further.

Former central bank governor Frank Weeks, who left his position in March, said he was “not aware of any money that went missing” during his tenure. Ms. Johnson Sirleaf’s son Charles couldn’t immediately be reached for comment.

The news marks the second time this year that a son of a former African president has been named in connection with allegedly defrauding his country’s central bank. In March, Angolan prosecutors said José Filomeno dos Santos, a son of the country’s long-term leader José Eduardo dos Santos was a suspect in an illegal transfer of $500 million from the central bank to the U.K. The funds were eventually frozen by U.K. authorities and returned to Angola. Mr. Filomeno dos Santos has said he is cooperating why the investigation.

On Thursday, investigators were pouring through central bank records to determine whether they had established the full scope of the fraud. Liberia doesn’t have its own mint and the central bank is the only body with the power to order new currency.

Authorities discovered the scam from customs records which showed the shipments had arrived and been cleared but were never placed in the custody of the central bank. Several senior policemen in charge of security at the ports are among those arrested.