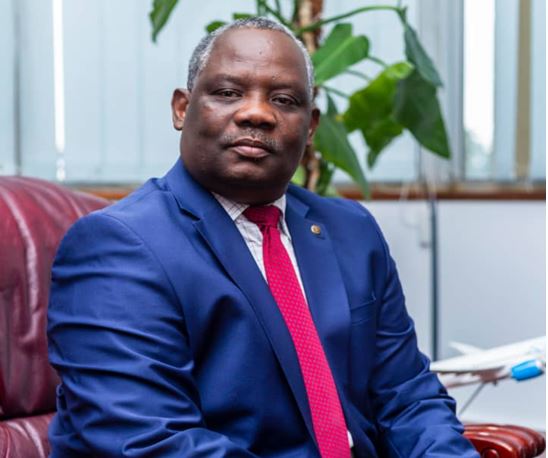 Eng. Ladislaus Matindi was appointed as the Director-General of Air Tanzania Company Limited by the former President of Tanzania John Pombe Magufuli, in September 2016. His appointment came at a time when the controller and auditor general of Tanzania cautioned that the company’s large debt, could lead to the cancellation of foreign flights operated by the airline.

This doom prophecy of some sorts did not deter his ambitious spirit to spearhead the revival of the airline. Through his well-coordinated team, Eng. Ladislaus Matindi put his best foot forward to save the airline from failing.

He said that all he wanted was a complete cultural change that would see the company move away from being an organization that does not look at financial statements to one that is primarily concerned with results and the outlook of its financial statements.

According to him, for a long time, the company had been operating purely as a social service provided by the government. This led to the company not being concerned with its financial position, hence, profits and losses.

Now, he says under his leadership, they have moved away from that mentality and are committed to operating as a commercial entity.

Since his appointment, Eng. Matindi has been able to understand and dissect the challenges faced by their competitors and have now made themselves more competitive from a human resources point of view.

Accordingly, Air Tanzania Airlines have opted to work as a commercial entity and paid more attention to its expenditure.

While at it, the Tanzanian Government, through President Samia Hassan Suluhu, provided a capital injection to the airline to steer the revamping program.

It also flies to Uganda, Zimbabwe, Zambia (Lusaka and Ndola), DRC, Burundi, South Africa, Kenya, and Comoros on the African continent, as well as Mumbai, India, and Guangzhou, China.

His revival efforts have seen a rebirth of the resumption of the double-daily Dar es Salaam to Nairobi route which has prompted improved bilateral relations, increased trade between the two countries, inter-governmental relations, tourism, the extension of familial and friendly ties, and the need to connect the country with other markets.

The revival of the airline has also championed the rehabilitation of the aviation industry, which has seen enhancement of recovery, creation of jobs, and also a window of opportunity for the two East African countries to work together with a view of providing transition process to sustainability and digitization.

Up until now, Eng. Ladislaus Matindi has mastered the step-by-step transition of the airline to eventually compete with other global players. This high-level plan, he says, has been structured with specific milestones to move from one level to the other.

Today, Air Tanzania has made ripples in East Africa’s aviation business, increasing competition for the region’s longest-serving carriers, including KQ, Rwanda Air, Qatar Airways, and Ethiopian Airways, which all operate the same routes.

The idea, he adds, is to establish their position as the dominant airline in the domestic market as they have their business strategies, with a customer-oriented focus, to position Air Tanzania in the market.

The peak of this transition process was the purchase of a Bombardier DASH 8 – Q400, which, according to the Aerospace Technology website is “The newest addition to the Dash 8 family.

The airline aims to triple its fleet to 14 planes this year, as well as grow its long-haul and regional operations.

Speaking to African Leadership Magazine, during a business gala Dinner held In Nairobi in 2021, Engineer Ladislaus Maintained that as the Chief Executive Officer of the Airline he would ensure that the customer’s connection requirements are taken into consideration to facilitate smooth Sailing from one country to another.

“It is for this reason that we have designated our brand new and state of the art aircraft Airbus A220-300 and we have made sure that we take into consideration your connecting or rather connection by providing two times frequency a week. It is a fitting schedule for business people because you can be in Nairobi during the Morning hours and go back to Dar es Salaam in the evening and Vice versa he noted