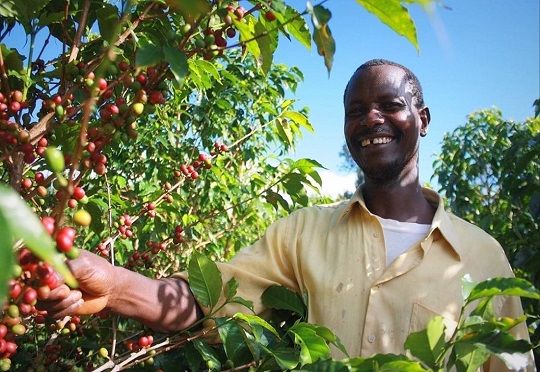 Coffee producers in Ethiopia and Burundi should capitalize on growing interest in premium markets and environmental sustainability among the 500 million people globally who drink coffee every day to make the most of their inimitable beans, an UNCTAD report into the East African coffee sector has found.

The report, part of UNCTAD’s Commodities at a Glance series, says that the coffee market continues to grow but both Ethiopia – the ancestral home of desirable Arabica varieties – and Burundi, where coffee has been a mainstay of the economy since the 1920s, can do more to take advantage of high-value niche markets and introduce measures to ensure the sustainability of supply.

“The report explores the latest developments in the coffee industry and examines the current state of coffee production and trade in East Africa, using the examples of Ethiopia and Burundi,” said Pamela Coke-Hamilton, director of the international trade and commodities division of UNCTAD. “The report analyses the importance of coffee in these economies regarding export earnings, farmers’ income and employment generation,” she said. “It also highlights the challenges of the coffee sector and suggests some potential answers, particularly regarding allowing producer countries to capture a greater share of this commodity’s value.”

The report found that in Burundi production is volatile, beset by weather cycles, ageing trees – often more than 40 years old – soil degradation, the absence of adequate farming practices and, to some extent, political instability. Together with tea, coffee exports account for 90% of Burundi’s foreign exchange earnings.

But because Burundi has proved it can produce excellent coffee that consumers want, there is every incentive to strengthen the hand of smallholder farmers through more organized cooperatives.

“Also, private investment, including through public-private partnerships, should be encouraged to modernize the sector and make it more competitive,” Ms. Coke-Hamilton said. “In this regard, Burundi should invest in market intelligence that helps stakeholders to understand better the factors associated with the growing demand in importing niche markets and build on the country’s reputation as a prized source of specialty coffees.”

Ethiopia faces a similar scenario, according to the report. The main problem remains the inconsistent quality of the coffee, with the prevalence of pests and diseases, climatic variability, poor agricultural practices, insufficient training of producers, and weaknesses in the organization and management of the value chain, the report said.

However, opportunities to improve the sector, particularly in the way growers are rewarded, also remain, the report points out. “Ethiopia has a natural abundance of coffee varieties, enabling it to benefit from market and product differentiation,” Ms. Coke-Hamilton said. “Indeed, the country has a significant comparative advantage in the production of organic coffee with over 90% being de factoorganic.”

More than 120 million people in the world rely on the coffee industry, including 25 million smallholders and coffee workers – half of whom live in Africa, the report notes.

However, as with most primary commodities, coffee remains characterized by an extended value chain which is only partially visible in producing countries – most of the value is captured by industrial roasters and distributors in consuming countries, namely developed countries, according to the report.

“In many coffee producing countries, particularly in Africa, the structural imbalance of the coffee value chain contributes to exacerbating rural poverty and its associated problems of food insecurity, low level of education, child labour, and rural-to-urban migration,” Ms. Coke-Hamilton said.

“This report is timely because coffee production is also threatened by climate change, which could severely reduce the land available for growing coffee.”

Other serious threats to the sustainability of coffee production in East Africa include the declining quality and productivity of the cultivars, increasing production costs, and a lack of interest from younger smallholders who have observed how generations before them have struggled to make a decent living from coffee farming.

Important measures need to be taken to ensure the sustainability of supply, particularly in the context of growing demand. Such measures could include building national capacities to improve coffee varieties, promoting better agricultural practices, improving the allocation of revenues from coffee among all value chain participants by, among others, increasing the share accruing to producers, and stimulating domestic consumption.