Ethiopia and Sudan recently concluded their third Joint Commission Meeting, signing 13 agreements and an executive program covering numerous areas of cooperation. The signing of the Framework Agreement for Trade and Economic cooperation, in particular, signified a move towards the solid and multifaceted economic integration of the two countries. In the past decade Sudan and Ethiopia have gone a long way towards paving the way for regional integration and producing a model for the sub-region. The commitment by the political leadership of both countries has achieved important gains in economic integration. Nothing exemplifies the growing relationship between the two countries better than the increasing volume of trade, which reached $322 million in 2011, showing 27 percent annual growth.

One of the most important steps in this regard is linked to the Preferential Trade Agreement signed between the two sides in 2005. This abolished tariff barriers and had the effect of increasing trade volume significantly. Now the two countries are discussing ways to harmonize customs procedures and ease rules of origin. This again will certainly impact on trade relations, encouraging an increase in the diversity and quantity of commercial products traded. The easing of rules of origin will also increase the exchange of manufactured goods. The MoU covering cooperation in customs also envisages greater cooperation in controlling smuggling, fiscal fraud through joint administration links, capacity building and exchanges of information. The signing is certainly a step forward in controlling the sort of illicit trade which hampers regular trade in many African countries, and will therefore improve regional integration efforts.

The general agreement signed between Prime Minister Hailemariam Desalegn and President Omar Al-Beshir outlined a framework for further consolidation of economic integration endeavors. In a significant move, the agreement outlined a number of areas to be given special status in the relationship. These included trade, tourism, investment, intellectual property rights, energy and infrastructure, mining, water, agriculture, the environment and forestry. In terms of regional integration, the Framework Agreement stipulates provisions that encourage trade promotion through business-to-business relations, and one-stop border services to ease trade flow and movement of people. In addition, the opening of correspondent banks’ offices in both countries, harmonizing the nomenclature of goods, the agreement to operate through the COMESA Regional Payment and settlement system and the harmonization of standardization rules underline the commitment of the two governments for seamless economic integration.

In order to address infrastructural problems, one of the major impediments holding back realization of regional integration, the two countries have been jointly working on road network building projects. The first all-weather road connecting Azezo-Metema-Humera and Port Sudan is now operational. The Ethiopian side of the road connecting the Benishangul Region’s Kurmuk to Sudan’s Kurmuk-Demazen is complete and the Sudanese side is under construction. Ethiopia is also working on a new road from Gonder-Humera to Lugdi as a new addition to the road network. Fiber optics joining Ethiopia’s internet network through Port Sudan is another infrastructural development connecting the two countries. At the Joint Commission meeting a further bilateral agreement for passenger road transport was agreed, the result of years of work to build all-weather roads. The Agreement envisages commercial road passenger transport to be operated to and from the cities of the two countries. A ground-breaking agreement has been signed to study the launch of standard gauge railway transport. On the Ethiopian side this is expected to commence after 2015, during the second phase of the GTP. The commencement of the railway project will eventually enable Ethiopia to use Sudanese ports specially Port Sudan. The Framework Agreement commits both countries to jointly study ways that Ethiopia can use Port Sudan more effectively.

In relation to energy, the Ethio-Sudan power systems interconnection, inaugurated at Gedaref, is also part of the area of infrastructural integration. Increasing border trade is pushing the demand for power up and, given Ethiopia’s huge potential for power development, power integration will be an important part of the integration. The fact that Ethiopia relies on Sudan for its supply of petroleum makes the energy integration a mutual benefit for the two countries. On the same line, the air service agreement, which allows the national carriers of the two countries to operate in each other’s territory, compliments the road transport and railway plans to boost people-to-people relations and the trade and investment relationship. Another MoU was signed to coordinate settlement of foreign currency payment for contracting parties involved in import and export trade in each country. In the areas of tourism, agreement was also reached over joint promotional work and over protection of trans-boundary game reserves. Experience-sharing and capacity-building were central elements in the agreements over mining and energy. Ethiopia has requested assistance from Sudan in the administration of petroleum contracts and other related areas.

In a testament to this growing bilateral relationship, the communiqué issued after the meeting expressed their deep satisfaction with the progress made in economic, political and social areas. The two leaders firmly reiterated their commitment and determination to consolidate ties and relations between their peoples in all fields. They expressed their satisfaction over the encouraging progress registered so far in the areas of political, economic and social development cooperation, especially in infrastructural interconnection. They welcomed the signing of the framework agreement on Trade, Economic and Technical Cooperation, and further noted with satisfaction the signing of various agreements and MoUs. Both sides also recommitted themselves to the decision of the IGAD Assembly of Heads of State and Government to revitalize IGAD, in order to speed up the regional integration process and expressed their determination to coordinate their efforts to this end. Overall, as outlined, there can be no doubt that Ethiopia and Sudan are entering a new era of stronger economic and social ties leading to regional integration. The preferential trade area and the various elements of legal framework and infrastructural integration all point to the emergence of strong bilateral relation, which can become a model for the region. 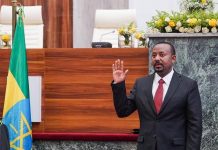