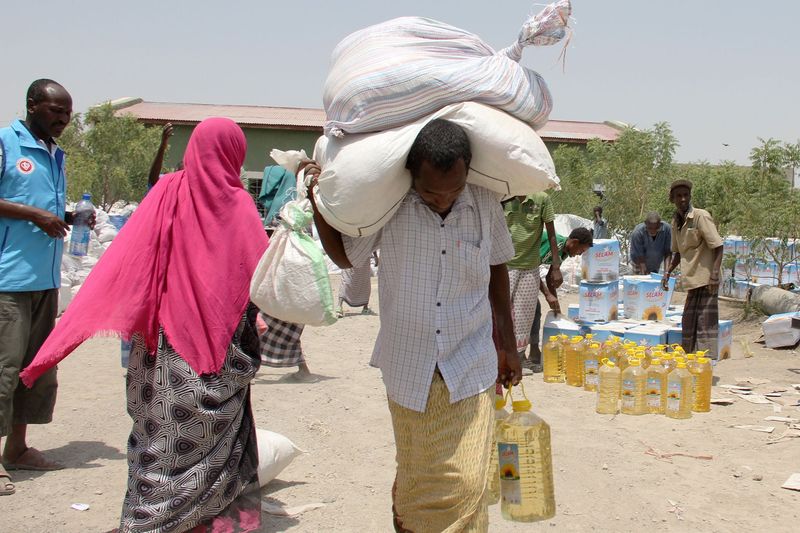 The rate of drought in East Africa recently reached 7.8 million. The government of Ethiopia has alerted that the country will run out of emergency aid of food from next month.

The continuous fall of rain has ceased from dropping in Ethiopia and the seasonal rains are not enough to help Ethiopia survive. As the people pleads for survival, they lost more of their livestock to the drought.

According to 75 years old Ader Ali Yusuf, the show has 12 children, she said as she sobbed, “I came to this area after losing nearly all my goats and camels due to lack of rain,”.

Mr. Mitiku Kassa, the chief of Ethiopia’s disaster relief said in a report that the victims of the drought have risen by two million in the past recent months. He said that Ethiopia needs over a billion dollars to survive the drought.

Alongside with the drought that Ethiopia is faced with the country also suffers the acute outbreak of cholera caused by watery diarrhea.

A humanitarian envoy, Mr. Ahmed Al- Meraikhi said, “Our main concern should be for this drought in Ethiopia not to degenerate into a famine.”

A similar outbreak of environmental issues has caused aids and support to slow down. However, the United Nations have singled out four countries including Somalia and South Sudan to invest $4.4 billion in fighting against hunger and famine.