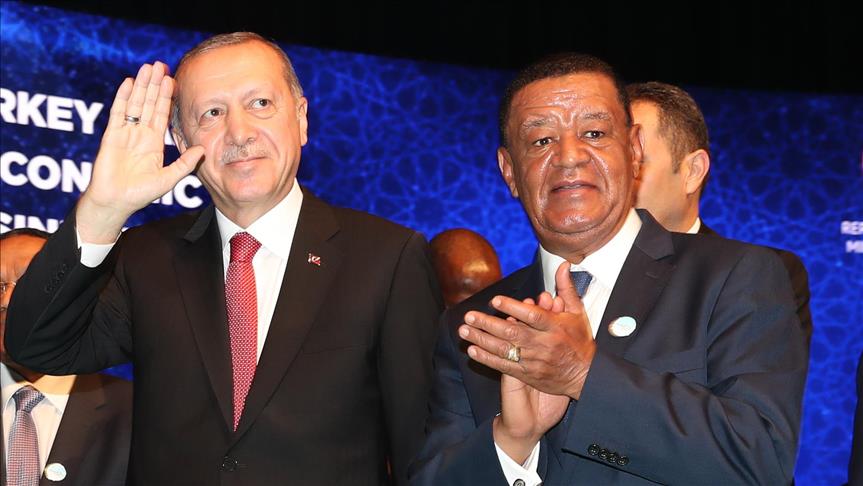 Ethiopian president on Wednesday praised Turkey’s opening policy towards Africa as it has helped both countries find mutual business opportunities with each other.

“Turkey’s strategic engagement with African countries to enhance the trade and investment with them converse with Africa’s need to attract foreign direct investments,” Mulatu Teshome told the Turkey-Africa Economic and Business Forum in Istanbul.

Teshome said the event will take Turkey and Africa’s existing economic and political relations to the highest level, while fostering strategic economic alliances as well as discussing, finding and providing solutions to the challenges in trade and investment relations.

He also said with the presence of top government officials, the forum will have great influence on promoting the economic development of both Turkey and African countries.

Turkey is now one of the leading sources of foreign direct investment (FDI) to Ethiopia with great “concentration” of sectors, Teshome said.

He added: “The two countries also need to enhance their efforts to promote their products in each others’ markets.”

The Ethiopian leader noted that the total amount of investments by Turkish firms in Ethiopia was around $2.5 billion.

“As of end of 2017, the number of Turkish firms active in Ethiopia reached 150 and the employment opportunities created by these firms is approximately 30,000.

Turkey’s exports to Ethiopia is over $440 million while imports from the country was $36 million in 2016.

“We are expecting and increase in trade volumes between two countries,” said the president.

He said, “Ethiopia has many business potential and market opportunities to offer to the private sector. Come and invest in Ethiopia.”