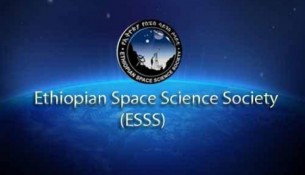 The Observatory is the first phase of a space exploration program, which includes the region’s largest observatory and is installed 3,200 meters above sea level on the Entoto Mountain of the country’s capital.

Commenting on the project, the project Director, Solomon Belay said the observatory was equipped with two telescopes, each one meter wide, is capable of detecting “extra planets, different types of stars, the Milky Way, and deeper galaxies.”

“The optical telescope is mainly intended for astronomy and astrophysics observation research,” said the director.

On the Entoto Mountain choice of location, the commission said the area was most suitable because of its “minimal cloud cover, moderate winds and low humidity.”

Though run by the ESSS, the project was sponsored by Ethio-Saudi tycoon, Mohammed Hussien Al Amoudi.

The Ethiopian Space Science Society also plans to install a second observatory on the mountains of Lalibela, 4,200 meters above sea level in Northern Ethiopia, as soon as possible.