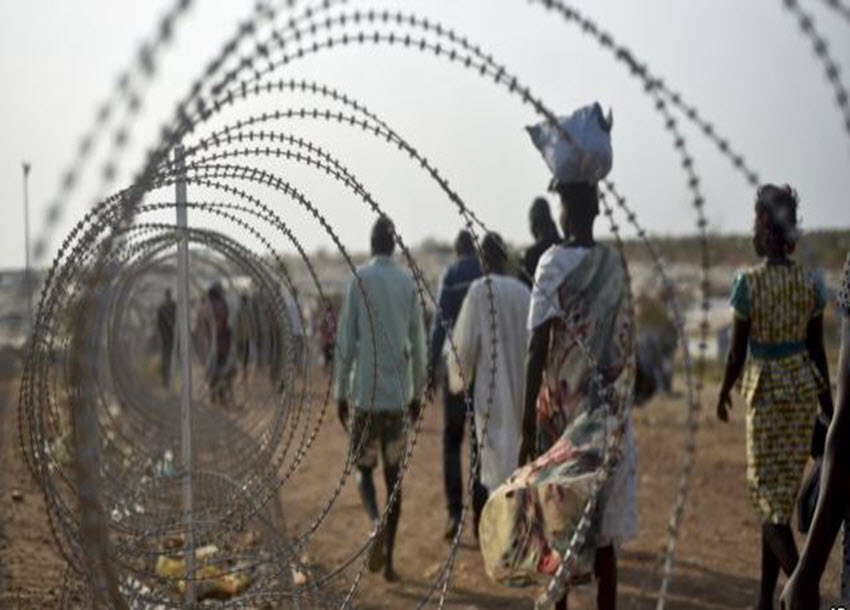 EU interior ministers will consider plans on Thursday to finance camps in Africa where the U.N. refugee agency and aid groups would process migrants to prevent them trying to cross the Mediterranean to Europe.

The sea crossing from Libya to Italy, operated by people smugglers, is now the main route for migrants seeking better lives in wealthy Europe, but the EU wants to shut it down and admit only refugees. More than 4,500 people are known to have drowned last year alone trying to make the crossing.

The European Union has deployed a naval mission in the Mediterranean and is training the Libyan coastguard to cut the numbers attempting the journey. Now it also wants to return migrants plucked from the sea to where they came from.

“The idea is to send them to a safe place, without bringing them into Europe,” German Interior Minister Thomas de Maiziere told reporters as he arrived for the talks in the Maltese capital Valletta.

“The people taken up by the smugglers need to be saved and brought to a safe place, but then from this safe place outside Europe we would bring into Europe only those who require protection,” he said.

The camps in Libya or its neighbours would be run by the U.N. refugee agency UNHCR or the International Organization for Migration (IOM), which would screen the migrants and help return those not eligible for asylum to their home countries.

Most of those taking the Libya-Italy route are regarded as economic migrants with no chance of winning asylum in the EU.

Since the influx of more than a million people in 2015, many of them fleeing the Syrian conflict, the EU has tightened border controls, making it increasingly hard for migrants and asylum seekers alike to enter the 28-nation bloc.

It is also offering money and assistance to countries along the migration routes in the hope that fewer people will seek to leave their homes or will be stopped on the way before they embark for Europe.

The idea of financing camps in Africa enjoys wide political backing in the EU, but poses legal and security challenges.

Libya sank into chaos following the 2011 overthrow of veteran ruler Muammar Gaddafi, and the new U.N.-backed government in Tripoli exercises no control over its territory.

Such lawlessness means returning people to Libya would likely violate international law, which prohibits sending people back to a place where their lives could be in danger.

That is why the EU needs the UNHCR and IOM to create sites there that could be deemed as meeting international humanitarian standards. It is an effort to replicate parts of existing agreements the EU has with Turkey, Jordan and Lebanon, which host several million Syrian refugees in camps on their soil.