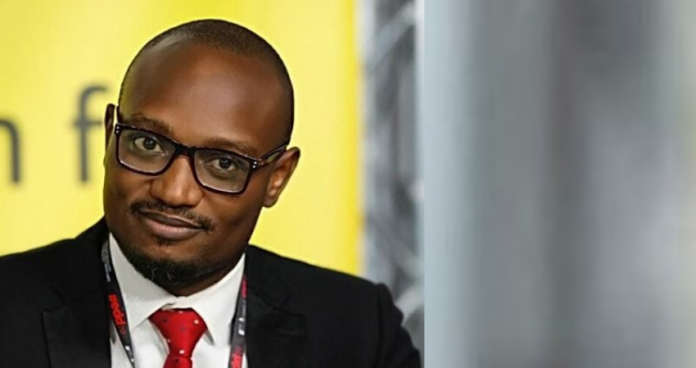 Kingsley Okeke, the group managing editor of the African Leadership Magazine UK has been appointed by the European Union as a member of the Grand Jury for the annual Lorenzo Natali prize for Journalism.

Mr. Okeke, a renowned journalist and member of the board of Directors of the A.D. King Foundation, was appointed alongside Zaina Erhaim, Communication Manager, Institute of War and Peace Reporting; Maria Latella

Editor-At-Large, Rappler; Gillian Joseph, Presenter, Sky News UK. The Grand Jury has been tasked with selecting three winners of the prize for 2020.

Each year, a Grand Jury of leading figures in media and recognised experts in development and cooperation from around the world come together to choose the winners of the Lorenzo Natali Media Prize. The Grand Jury select the most compelling stories they feel best illuminate the qualities and importance of journalism for sustainable development. Every Grand Jury member become a key part of the Natali Prize Community.

In a letter conveying the appointment, Hannah Cole, Head of Unit, European Commission’s Directorate-General for International Cooperation and Development stated that: “we would warmly welcome your participation as we truly believe that your reputation and that of your organization will add more prestige to the Prize.”

Kingsley Okeke is a journalist with 15 years’ experience in print journalism. He is also the Chief Media Consultant, Centre For Economic and Leadership Development, (CELD), a leading NGO currently in special Consultative Status with the United Nations Economic and Social Council (UN ECOSOC). He is a member of the Nigerian Union of Journalist.  He is a member of the board of Directors of the A.D. King Foundation, a Not-for-profit organization, founded by Alfred Daniel King, Civil Rights leader and the younger brother of Rev. Martin Luther King Jr. His commitment to the promotion of purposeful leadership has made him a regular guest on high profile panels across the world, including the annual EU Development Days Forum – Brussels; The Doha Forum, Doha; the Chinese Government’s Belt and Road Initiative Forum, Beijing; amongst others.

Established 25 years ago, The Lorenzo Natali Media Prize was launched to recognise and celebrate excellence in reporting on sustainable development issues. The Prize also gives a voice to those whose vital message is often overlooked or ignored. It was created by the European Commission’s Directorate-General for International Cooperation and Development, and named after Lorenzo Natali, a precursor of European development policy. Since 1992, the #NataliPrize has celebrated journalists from around the globe for their online, print or audio-visual reporting of stories of human achievements and perseverance around sustainable development issues. The Prize recognises journalism’s contribution to building more sustainable, fair and prosperous societies.

The overarching theme of sustainable development relates to, but is not limited to, fighting poverty and inequalities, human rights, democracy, youth, gender equality, environment and climate change, health, technology and digitalization.

Each category winner will receive €10,000. The winner of the Best Emerging Journalist category will also be offered work experience with a media partner.