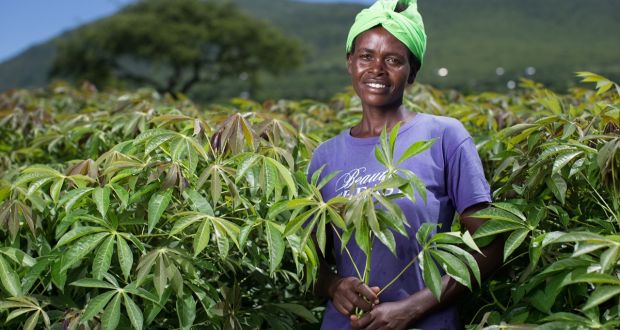 The European Union through the Center for Technical Centre for Agriculture and Rural Cooperation (CTA) have today, 6th of July,2018 launched a new project that targets the improvement of the fortunes of women in Agri-business in ACP countries of Africa, Caribbean and Pacific regions.

The project tagged, Value for Her (Value4Her), seeks to build the capacities of women in the entire agriculture value chain and make them competitive, efficient and productive.

The project, which was launched in Nairobi on 5th of July, 2018 seeks to create opportunities for women on three key areas of access to finance and other productive resources, access to market, access to knowledge and skills.

Imperatively, it is designed to rope women into the world of technology, especially digital technology to afford them an opportunity to be competitive in their agribusiness and enterprise.

He has lamented the low rate of women in land ownership putting it at two (2) per cent and those who jointly own with their husbands to 5 per cent. “This hinders women led agriculture due to lack of access to financing and land utilization rights.”

The Head of Mission and Delegation of European Commission Stefano-Antonio Dejak reaffirmed the European Union’s (EU’s) commitment to support the ACP concept and more so more women into agribusiness and enterprise.