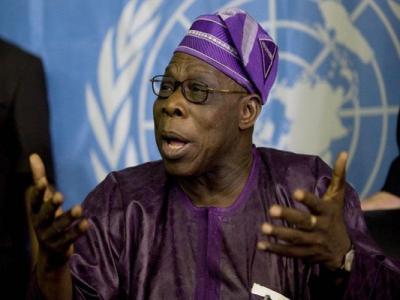 Former President, Olusegun Obasanjo has returned to school for further studies as he has enrolled for master’s and doctorate degree programmes at the National Open University of Nigeria (NOUN).

The ex-president yesterday registered to study Christian Theology at the university’s headquarters on Ahmadu Bello way, Victoria Island Lagos, having obtained a first degree in the same course from the same institution in 2009.

Obasanjo, who was at the university to collect his admission letter, said he returned to school and opted to study Christian Theology for three basic reasons.

He said, “I want to acquire more knowledge, especially about the person of God, my creator, and not because I want to become a pastor but for me to be able to serve Him better. I also realized that one’s position, status or age in life shouldn’t be a barrier to learning, more so that I want to see myself occupied meaningfully 24 hours of the day. That will give me more joy. Eight among my children are PhD holders and I had already told two of them that I may from time to time need their help in my studies. So, learning is a continuous process and I will continue to learn as far as my health permits”.

Another reason Obasanjo gave is to serve as an inspiration to those who for one reason or the other might not have the privilege of university education to consider NOUN as a viable alternative.

He refused to entertain questions from journalists shortly after his enrolment but said he was expected to complete his masters’ programme in one year, immediately after which he would proceed for his PhD programme. He appealed to his supervisor, Professor Isaac Aiyegboyin, who is the Head of Department of Religion Studies from the University of Ibadan, to treat him like any other student.

“I will like to be treated like any other student. Don’t attach too much protocol to our relationship. I know there is need to give courtesy to those who deserve it but then, I am your student while you are my lecturer. But I will appeal to you that you will need to exercise some patience with me because at times, I may not be available, especially when I have international engagements to attend to or I may have to call you on phone around 2.00am. You will please need to bear with me on these”, he said.

NOUN’S Vice-Chancellor, Prof. Vincent Tenebe, in an opening remark to welcome the former president, said he was particularly impressed by Obasanjo’s desire to seek more knowledge.