Home Opinion Factors impacting the Development of Infrastructure in Africa 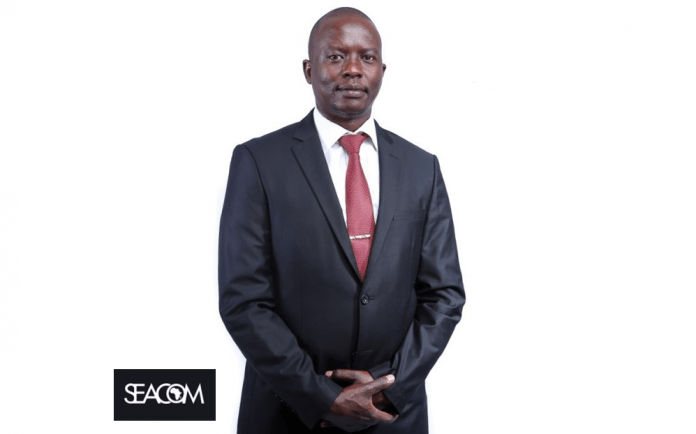 Without a doubt, Africa is one of the world’s fastest-growing economic hubs. Crucial to this rate of development is the ability to meet the demand for key infrastructure. At the end of last year, a World Bank economic update reported that Kenya has seen its Information and Communications Technology (ICT) sector grow at an average of 10.8% annually since 2016. Becoming a significant source of economic development and job creation with spillover effects in almost every sector of the economy.

While this is hugely encouraging news for Kenyans, it also raises questions about the factors which might impact the ongoing positive trajectory of infrastructure development, both in Kenya and the rest of the continent.

In 2019, Kenya invested US$59 million in the Djibouti Africa Regional Express (DARE) submarine fibre-optic cable system, which reached the shores of Mombasa during March this year. The others include SEACOM, East African Marine System (TEAMS), Eastern African Submarine Cable System (EASsy) and Lion2 systems. According to Njoroge Nani Mungai, Chairman of Kenya’s Communications Authority, the investment demonstrates the government’s desire to improve Kenya’s position as a regional IT hub. It is also aimed at guaranteeing both companies and individuals’ access to a faster, more secure, and more reliable Internet connection. Revenues generated by the digital economy should reach US$23,000 billion by 2025, thanks to investments 6.7 times higher than those in other sectors.

In addition, terrestrial fibre networks have continued to expand, offering more connectivity options and better network redundancy – great news for land-locked countries. However, according to MainOne’s CEO, Funke Opeke, these remain underutilized due to high prices and a failure to establish an enabling environment.

Telecommunications has continued to register positive growth, with increased uptake and usage of mobile phone services. High-bandwidth Internet infrastructure has become more widely available, while the rollout of 4G infrastructure by the MNOs has already led to substantial growth in subscriptions to data and Internet services. With the expansion of fibre-optic infrastructure across the country, more homes will be connected to better-quality, higher-speed broadband services, which will be extended to the rural areas.

Consequently, the increase in mobile network coverage has led to a decline in fixed-line networks related to voice calls. Alternative solutions need to be considered to ensure a stable Internet connection throughout Kenya to bridge the rural and urban digital development divide.

The world is eager to do business with Africa but finds it difficult to access African markets because of poor infrastructure. Greater economic activity, enhanced efficiency and increased competitiveness are hampered by inadequate transport, communication, water, and power infrastructure. The World Bank economic update, mentioned earlier, highlighted challenges relating to the inadequate power supply, transport networks and communication systems as crucial to ensuring ongoing connectivity, and continental economic development. It found that the poor state of infrastructure in sub-Saharan Africa reduced national economic growth by two percentage points every year and cut business productivity by as much as 40%.

It is estimated that about US$93 billion is needed annually over the next decade to overhaul sub-Saharan African infrastructure. About two-thirds or $60 billion of that is needed for entirely new infrastructure and $30 billion for the maintenance of existing infrastructure. Only about $25 billion annually is being spent on capital expenditure, leaving a substantial shortfall that must be financed.

The economic climate of Kenya will determine access to the tools needed to build the relevant infrastructure. According to André Pottas, Deloitte’s Corporate Finance Advisory Leader for sub-Saharan Africa, this translates into exciting opportunities for global investors who need to look past the traditional Western view of Africa as a homogeneous block and undertake the detailed research required to understand the nuances and unique opportunities of each region and each individual country.

The key to unlocking Kenya

With governments across the continent committing billions of dollars to infrastructure, Africa is at the start of a 20 to 30-year infrastructure development boom. Fortunately, we have access to a global network of exports, which we need to be utilizing optimally to ensure a stable infrastructure, both digital and physical.

However, in preparation for the boom, the only way for Africa’s infrastructure backlogs to be cleared and to unlock connectivity and communications in Kenya is through globally competitive, growth-oriented, mobile, and digital technology businesses. It is imperative to establish partnerships with trusted private sector players who already cater to the local and international communications market with reliable connectivity solutions.