The trauma associated with COVID-19 has been devastating for many countries and peoples across the globe, and most distressed are the more vulnerable developing nations. As economic situations continue to plummet globally, a recent McKinsey Global Survey on the economy shows that a significant contraction in the world economy’s growth rate is underway. While the United Nations World Economic Situation and Prospects (WESP) mid-2020 report, projected that the global economy is to contract sharply by 3.2 percent this year.

The UN WESP report further projected that an estimated 34.3 million people would fall below the extreme poverty line in 2020, with 56% of this increase occurring in African countries. As many countries continue to take the hit dealt by the unprecedented crisis, The Gambia has distinguished itself in actively engaging policies and programs to shape the country’s economic recovery as it grapples with the pandemic.

The African Development Bank (AfDB) in her African Economic Outlook 2020 reports that following the 2016 political transition in The Gambia, the nation’s GDP growth had accelerated to 6.6% in 2018 driven by a recovery in agriculture, tourism, construction, and trade. However, the economic growth which stood at 6% in 2019 (IMF), led by tourism and agriculture, is expected to slow down to 2.5% in 2020, due to the outbreak of the COVID-19. And pick up to 6.5% in 2021, subject to the post-pandemic global economic recovery.

Speaking about the impact of the pandemic on the nation, the current Minister of Tourism and Culture in President Adama Barrow’s cabinet, Hon. Hamat Ngai Kumba Bah described the rate at which the pandemic hit the continent and the country as a shocking surprise, which nobody expected.  He explained that the Government’s emergency response to contain the spread of the virus by closing the nation’s border and restrictions on movement and gatherings after only two (2) reported cases had saved the nation’s ill-equipped health system from being overwhelmed.

According to the World Health Organisation statistics on COVID-19 cases, The Gambia currently has 65 reported cases with 27 recoveries and four deaths. This makes the country one of the least affected African countries in terms of reported cases but with severe economic consequences, because the tourism sector that is the nation’s primary source of revenue after agriculture has been most negatively affected.

Commenting on the impact of the pandemic on the leisure and tourism sector, Mr Saul Frazer, CEO of the Global Properties Limited, a leading commercial real estate company in the Gambia, Senegal, and Ghana stated, that while eighty percent (80%) of the country’s leisure sector investors and customers are based abroad, only twenty percent (20%) are within the country, and this has had a severe impact on businesses in this sector generally.

Frazer, who described the current situation as seemingly familiar, said that having managed his business for over 13 years in the face of severe economic downturns and dictatorship government. The pandemic has provided ways in which companies can be run more flexibly especially in the sales and advertising units. Also, the pandemic has helped him to focus on more valuable and necessary aspects of the business and to ignore the least essential elements. He also said that “we have learned to go back to basics, which has shown that, with simple acts such as the washing of the hands regularly, we can save lives.”

While speaking on the economic recovery plans by the Gambian Government, Hon Bah commended the present administration of President Adama Barrow, for reviving the country’s economy and putting it back on track within three and a half years, as well as doing its best to support SMEs during the COVID crisis. According to him, some of the measures the Government has put in place include tax payment deferment, loan repayment deferment, and some long-standing debts which have been cancelled and some postponed allowing businesses to have breathing space.

In a statement by the UN Chief Economist and Assistant Secretary-General for Economic Development Elliott Harris, “The pace and strength of the recovery from the crisis not only hinges on the efficacy of public health measures in slowing the spread of the virus but also on the ability of countries to protect jobs and incomes, particularly of the most vulnerable members of our societies.” In its part, according to the Minister, the Gambian Government has re-directed over seven hundred million Gambian Dalasi (D700, 000, 000) to provide support for the well-being of her people by providing food supplies to about eighty-four percent (84%) of her population.

The Minister stressed that until a vaccine is developed against the virus, the Government plans to manage the crisis by rolling out programs to improve the country’s economic outlook. Some of the programs in place by The Gambian Government are to redesign her tourism strategy to attract regional tourists from other African countries as against dependence on tourists from different continents.

Other plans by the Government are to support the production and construction industries to create more jobs in the agriculture sector and the real estate. He expressed optimism in the Government’s plans saying, “once we boost the construction industry and the agriculture sector, the economy will certainly move up, and these are some of the sectors the government of The Gambia is looking into seriously.” 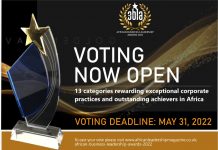 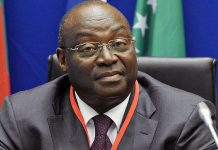 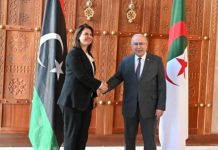