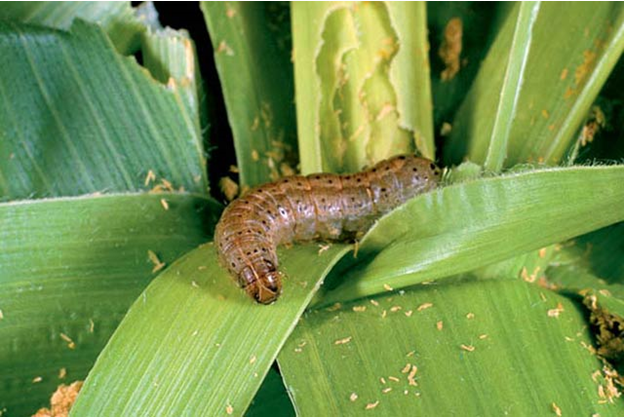 The uncontrollable spread of army-worm has gotten to an overbearing stage. This has prompted the Food and Agriculture Organization (FAO) to call for the partnership of the leadership board of the African Union Commission (AUC), to facilitate a quick response to the army-worm invasion in Africa.

In view of this, there has been a collaboration of the Food and Agriculture Organization of the United Nations (FAO) and the African Union Commission (AUC) to lay hold on solutions that will stop the invasion of these pests in Africa. The partnership was developed at a recent meeting held in African Union (AU) headquarters in Addis Ababa, Ethiopia, consisting of delegates from both FAO and AUC.

According to Mr. Abebe Haile-Gabriel the delegate from FAO “The spread of the pest in Africa is reaching an alarming proportion as it has already invaded millions of hectares of maize crop in several countries, causing significant crop damages the consequences of which may potentially put the livelihoods of millions of smallholders in jeopardy, if effective and coordinated response is not to be mounted”, he said.

“FAO has developed a programme framework document to launch a coordinated response to FAW, based on an action plan agreed upon at a multi stakeholders’ meeting held in April 2017 in Nairobi, Kenya”, he added. The team aims to bring productive result by developing ideas and systems to end the spread of army-worms as soon as possible.

Commissioner Sacko the delegate from AUC urged that “in view of the peculiar characteristics of the Fall Army-worm, FAO and AUC need to develop and launch effective, affordable and sustainable response mechanisms based on the programme framework document that FAO has helped formulate”.