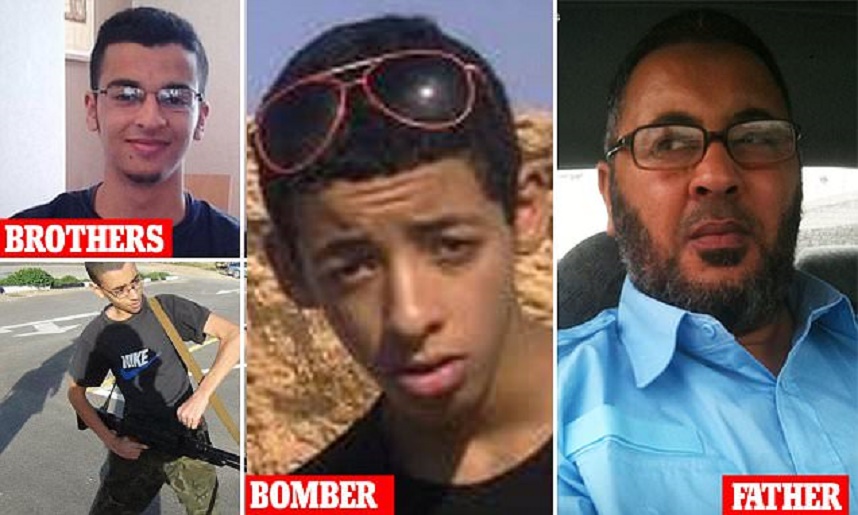 The father and younger brother of the suicide bomber who killed 22 people at a concert venue in Manchester have been arrested in Tripoli, according to a spokesman for a local counter-terrorism force.

The counter-terrorism force detained the father, Ramadan Abedi, outside his home in the Tripoli suburb of Ayn Zara on Wednesday afternoon. A witness said he was handcuffed by armed men who drove him away in two unmarked vehicles.

He did not give any details on the reasons why the father was arrested.

Hashem Abedi had been in touch with attacker Salman Abedi, Bin Salem said, and was suspected of planning to carry out an attack in the Libyan capital.

“We have evidence that he is involved in Daesh (Islamic State) with his brother. We have been following him for more than one month and a half,” Bin Salem said. “He was in contact with his brother and he knew about the attack.”

He said the younger brother had travelled from London to Tripoli on April 16.

Salman Abedi, 22, was born in Britain to Libyan parents. Britain’s interior minister said earlier that he had recently returned from Libya and had likely not acted alone. His father lives in Tripoli.