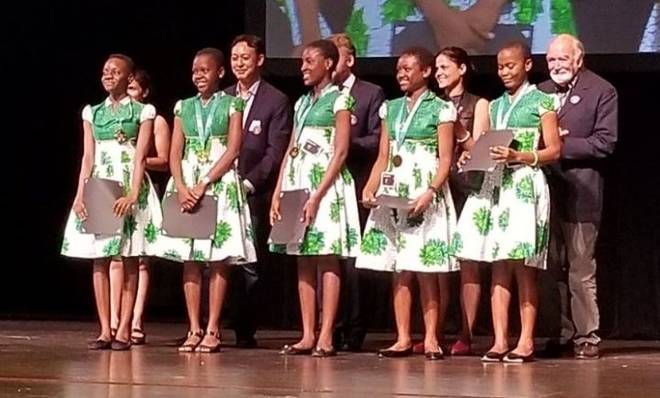 A team of five (5) teenage girls representing Nigeria has defeated teams from the US, Spain, Turkey, Uzbekistan and China to win the 2018 Technovation world pitch junior division which was held in San Francisco.

The Nigerian schoolgirls were selected from 2,000 mobile app developers to represent Africa at the world pitch. This is the first time a Junior Nigerian team will emerge among the finalists to visit Silicon Valley and the Nigerian teenage girls will be pitching their app to investors in Silicon Valley, California.

Technovation is a program that invites girls to identify a problem in their communities and then challenge them to solve them by developing apps. According to Team Save-A-Soul, Nigeria has one of the largest markets for fake drugs. The teenage girls from Anambra State plan to partner with the National Agency for Food and Drug Administration and Control (NAFDAC), using the app, to tackle this challenge.

The girls won the competition on Thursday 9th August, 2018 after facing judges from around the world.