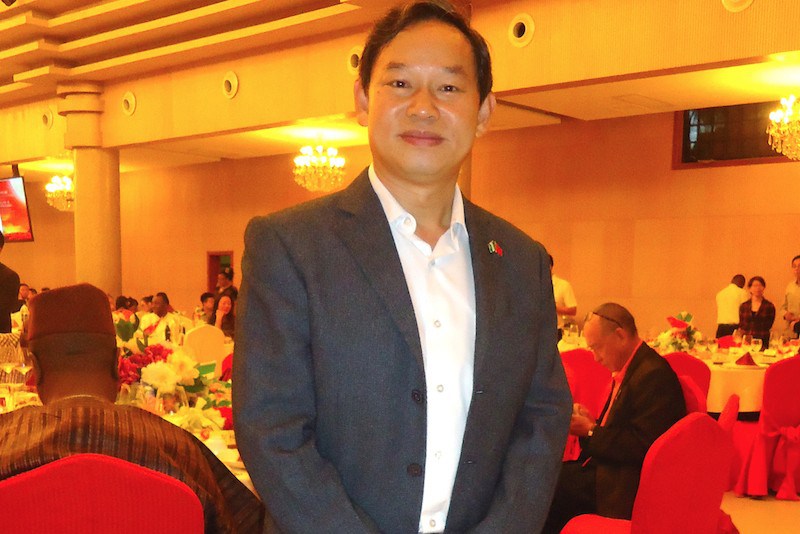 By Chao Xiaoliang, Consul General of The People’s Republic of China in Lagos

It’s been 46 years since the United States President Richard Nixon visited China. In 1979, the two countries formed diplomatic relations. Since the establishment of diplomatic ties, China-U.S. relationship has been moving forward steadily, the economic and trade relations have made considerable progress. In 2017, China-U.S. trade volume reached 580 billion U.S. dollars, increased by more than 230 times compared to that of 1979. China and the United States are now each other’s largest trading partners.

The recent trade friction between China and the U.S. has drawn increasing concern worldwide. The U.S. claimed that the trade deficit with China is due to “unfair trade practices”. On March 8, the U.S. administration imposed a 10% punitive tariff on imports of steel and aluminium products. Shortly after, U.S. President Donald Trump announced his administration would impose an extra 25% tariffs on imported Chinese products worth 50 billion U.S. dollars, and threatened to consider 100 billion U.S. dollars in addition tariffs on Chinese products. To protect China’s legitimate rights, we have no choice but to take countermeasures. It is true that the U.S. has a trade deficit with China, but is it right to use unilateral sanctions and violate WTO rules? What are the deep-rooted reasons for the trade imbalance between China and the U.S.?

The trade imbalance between the two countries is mainly a result of different economic structures and an inevitable result of the international division of labour. The fundamental reason for the U.S. trade deficit lies in its economic structure of high-consumption and low-savings. The U.S. trade deficit with China is also a result of its imbalanced industrial structure. In the past decades, U.S. businesses transferred most of their labour-intensive capacities to countries with cheaper labours and lower costs including China, concentrated in developing capital-intensive, technology and knowledge-intensive industries at home. Moving abroad labour-intensive industries is a win-win for involving countries, but the process also results in the lower competitiveness of U.S. local products. According to a U.S. research report, U.S. control of high-tech exports to China also contributed a lot to its trade deficit, if the U.S. relaxed export restrictions of high-tech products to China, the trade deficit between the two countries will decrease 35%.

Today’s world is profoundly and increasingly interconnected by unprecedented globalization. However, the rise of protectionism and unilateralism causes instabilities and uncertainties to the world economy. To enhance economic globalization, the world needs collaborate efforts. China is always a firm supporter of the multilateral trading system. Since China’s WTO accession in 2001, the total value of China’s trade with the world surged from approximately 509 billion U.S. dollars in 2001 to 4.1 trillion U.S. dollars in 2017. Import from the U.S. alone increased nearly 5 times. To fulfil the WTO commitments, China amended 325 national trade laws covering goods, services, intellectual property, investment and other sectors. 830 such laws were abolished. In total, more than 92,300 laws and regulations at the national and local levels were reviewed. China cut its import tariffs from an average of 15.3% in 2001 to 9.8% in 2010, in accordance with WTO rules. In 2010, all of China’s commitments made upon entry into the WTO had been fulfilled.

China does not deliberately pursue a trade surplus, instead, China has gradually shifted its export-oriented economy to a domestic consumption-driven one. For the first quarter of 2018, China’s trade surplus narrowed 23.2% from the previous year, which could not only relieve pressure on some countries’ trade deficit but also brought great chances for the world. As Chinese President Xi Jinping announced at Boao Forum, China will adopt a series of new major measures to pursue further opening including substantially widen market access, create a more attractive investment environment, strengthen protection of IPR and expand imports. To start with, the First China International Import Expo will be held in Shanghai in November this year, which will be a great opportunity for companies across the world to gain access to the huge Chinese market. Moreover, China is going to import 8 trillion U.S. dollars’ worth of goods from the world and make 750 billion U.S. dollars outbound investment in the next 5 years.

We live in a world where peace and development are aspired, in a world where cold-war and zero-sum mentality are out of place. China never closed the door of dialogue and negotiation. And we firmly believe that, with the joint efforts of both parties under the WTO rules and bilateral agreements, a trade war between the world’s largest and second-largest economy will be avoided. A stronger cooperation between China and the U.S. instead of tension and confrontation benefits not only the two parties but also world peace, stability and prosperity. 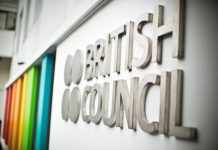