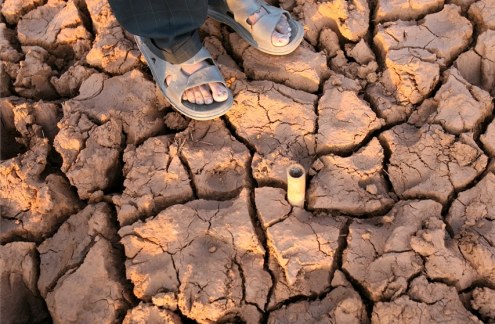 Severe droughts are stifling northern Somalia and forecasts of little rain this year will make things worse, particularly in northern Somalia where people are dependent on livestock for food, the United Nations has recently said.

On March 31, Peter de Clercq, U.N. humanitarian coordinator for Somalia, appealed for $105 million in aid to provide life-saving assistance to nearly 2 million people affected by the severe drought in the autonomous regions of Somaliland and Puntland. The funding would help the people affected by drought through September, he said.

“Without access to emergency health services, water and sanitation, thousands of people could face death due to preventable causes,” he said in a statement. “The time to fund is now, to come back from the tipping point, avoid a greater crisis and avert loss of lives.”

The water shortage also reduces grasses for livestock and makes the animals more susceptible to disease. The loss of livestock means the loss of a means of income to support their families.