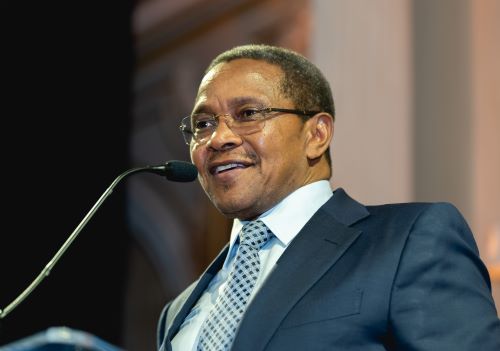 The former President of Tanzania Dr. Jakaya Kikwete has been elected the new Chair of the Global Partnership for Education, the world’s largest fund dedicated to transforming education in developing countries.

Dr. Kikwete, who was President of Tanzania from 2005 to 2015, takes up this new role after serving as a special envoy for the International Commission on Financing Global Education Opportunity where he led high-level delegations to fourteen African countries.

On his appointment as the Global Partnership’s Chair, he said: “I have long championed the importance of quality education. I believe there is no greater change a leader can make to serve the most vulnerable and marginalized children than education.

“I’m honoured to lead the Board of the Global Partnership for Education, an organization that is engaged in addressing the global learning crisis that has been exacerbated by COVID-19”.

The Global Partnership for Education delivers funds and supports solutions to build strong and resilient education systems so that more children in lower-income countries, especially girls and those marginalized by poverty, conflict, displacement, or disability, get the education they need to thrive and contribute to building a more prosperous and sustainable world.

It has been operating for more than twenty years and now has partners in seventy-six countries. It has raised $11 billion for education in these countries and that has touched the lives of 160 million children.

The outgoing Chair of the Partnership Julia Gillard, the former Prime Minister of Australia, welcomed Dr. Kikwete to his new role and said that a further $ 5 billion has already been pledged to the GPE by donors over the next five years:

“At this year’s Global Education Summit the highest-level political support for education was evident. It was an important success for millions of children and young people around the world whose education has been upended by the pandemic and a critical step to ensuring that education is at the heart of our response and recovery”.

Ms. Gillard said that one of the highlights of her seven years at the helm of the Partnership was standing alongside the strong women who are determined to ensure girls get to go to school.

Girls’ education is also close to Dr. Kikwete’s heart as improving girls’ right to education is one of the main goals of the Tanzanian national education coalition.

The newly opened girls’ hostel in central Tanzania is a good example of this aspiration in action. It means that eighty girls from  Kwa Mtoro secondary school have somewhere safe to stay where previously some had to walk fifteen kilometres to get to their school.

The decision to build the hostel was made by the national education coalition TEN/MET which stands for the Tanzanian Education Network/Mtandao Elimu Tanzania. It’s a national network founded by thirty-nine NGOs in 1999. Its core objective is to promote quality education in Tanzania so that every Tanzanian child has the opportunity to go to a good school.

After a visit to the Dodoma region in Central Tanzania, TEN/MET discovered there was a high drop rate of girls and high incidences of teenage pregnancies. Both were compounded by the long and often dangerous long walk to get to school.

Parents and teachers realized that the long walk exposed them to situations that could lead to attacks and pregnancy, and as a result, some parents even encouraged their daughters to drop out of school.

TEN/MET’s Policy and Advocacy officer Nasra Kibukila was key to mobilizing all the stakeholders who wanted to get the hostel built. She said building the hostel was a great community effort:

“The actual construction of the hostel posed a great opportunity for parents, students, and neighbours to show their commitment by partaking in digging latrines and assembling furniture and the like.

The next stage of the hostel project will be for TEN/MET to monitor whether the girl’s educational performance will improve in terms of grades, drop-out rates, and pregnancies now they are safe in the hostel near to the school. Its findings will then support campaigns to push the Tanzanian government to ensure there are more hostels built for girls living long distances from their nearest schools.

The project is a timely reminder for Dr. Kikwete as he takes up his new role at the head of the Global Partnership for Education that much more needs to be done to provide all African children with quality education. As he says, he’s determined to succeed:

”We owe this to the millions of children –boys and girls- around the world who now, more than ever, are facing immense challenges in accessing quality education. We should not and cannot fail them”.