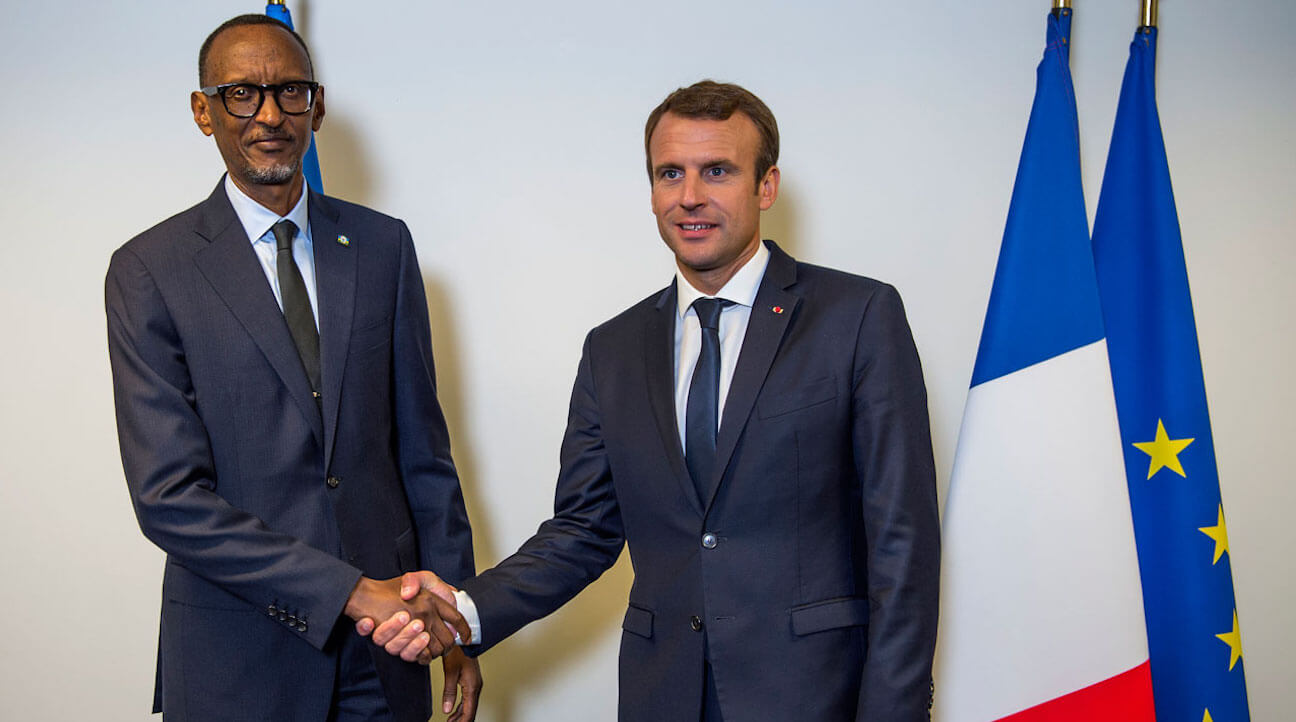 French President, Emmanuel Macron announced after a recent meeting with Rwanda’s Paul Kagame that France is to co-operate with Rwandan Foreign Minister, Louise Mushikiwabo as candidate to Head La Francophonie – the International Organization of French-speaking countries. As both countries say they hope their frosty relations will improve, the Rwandan leader invited Macron to visit his country.
“If there is an African candidacy for the position of secretary-general of La Francophonie that would make a lot of sense,” Macron said at a press conference with Kagame. He added “If that candidacy is African and feminine that would make even more sense.”

As part of Macron’s strategy to maintain French economic and cultural influence in Africa; a continent where he sees the most promising future for the French Language he therefore has decided to support Mushikiwabo. Along with Kinyarwanda and Kiswahili, French is an official language in Rwanda, a former Belgian colony. But it is only spoken by 5.6 percent of the population and was replaced as a teaching language by English in 2008. While remaining a member of La Francophonie, Rwanda has also joined the Commonwealth.

In a recent report, the Rwandan Foreign Affairs Minister Louise Mushikiwabo announced that Kagame had invited Macron to visit the country, describing the invitation as “an important gesture”. The last visit by a French leader was when Nicolas Sarkozy went there in 2010. Although the two countries have not fully normalized ties, Macron has stated that he will do what he can to improve relations with Rwanda.