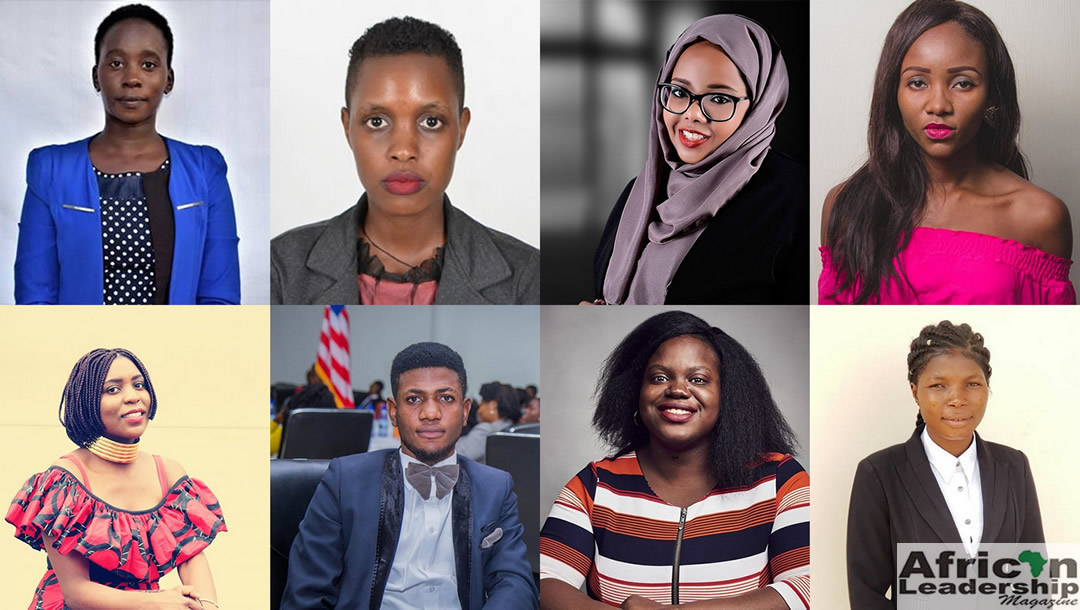 Time was when Africa’s past and present realities were written by third parties. Then enter the new era, largely driven by young people. The millennial. They are positively disrupting the statuesque and changing the narrative through their export of soft power. Yes, the dreamers. They are young, innovative, and hungry for successes. Africa’s young people have become the cynosure of global attention. From IT to academics, their strides are bold.

Nothing better captures this truism than the story of the 8 young Africans who have been selected to join the Young Leaders programs for the European Development Days, EDD, billed to hold this June in Brussels, Belgium. Aged between 21 to 26, these youngsters emerged through a thorough vetting process, with over 280 applications, drawn from over 80 countries. Remarkably, Africa represents the region with the highest number globally, with 8 delegates. Other regions accounted for the remaining 8. These young leaders, 16 in number, have been invited by the European Union Commission to take part in the EDD 2018 Young Leaders Programme. The 16 Young Leaders were selected for their expertise and active role in the fight for gender equality and women empowerment at the local, national or regional level. These exceptional young people shall speak at high-level panels of the forum and present fresh perspectives from the new generation. This is Africa’s time in the sun. These young people have secured a seat at the table. They will present Africa’s realities and contribute towards shaping global discourse.

African Leadership Magazine had an exclusive Interview with these young leaders to discuss their work and talking point at the High-level panel. This exclusive interview is -presented in the June Edition of the Magazine.

Below are the profiles of the young Leaders: 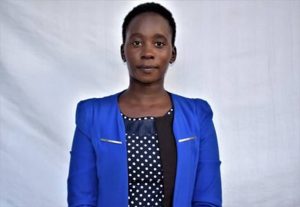 Natalia is an ardent and fearless End Female Genital Mutilation/cutting activist she has more than six years’ experience in the non-profit sector and the founder & Director of Msichana Empowerment Kuria, a young women-led grassroots-based organization that is committed to and actively works to end Female Genital Mutilation through numerous local social and educational initiatives in Southern Kenya. She is a Human’s rights activist, a role she fulfills because she believes a world free of violence is possible for all of us. She is herself a survivor of violence. She facilitates structured community dialogues on ending violence and FGM, building sustainable models and initiatives to demystify myths and misconceptions on FGM as a social norm. 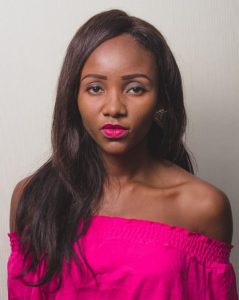 Phonsina is passionate about women, girls and youth’s rights with emphasis on Sexual and Reproductive Health and Rights, Phonsina is currently enrolled for a Master’s degree at Mount Kenya University, she is a Mandela Washington Fellow Alumni dedicated to activism and advocacy on SRHR issues around Sub-Saharan Africa. A former UNDP intern, she received a training from UNAIDS on HIV/Aids and currently works at Trust for Indigenous Culture and Health – TICAH for a network of SRHR activists regrouping over 7 sub-Saharan African countries, the “MAMA Network”. The network aims to improve adolescents and women’s empowerment by expanding access to SRHR services for sustainable development through training, activism, and advocacy. 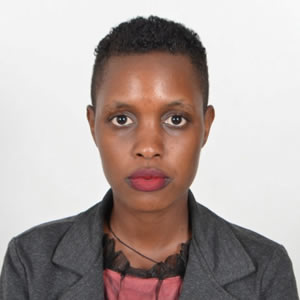 At 17, Esther was named Uganda’s Ambassador for Women and Girls. She donated her university tuition and started a community health facility with a Teenage Centre supporting child mothers. She owns a popular reality television show on teenage pregnancy called “Saving Innocence Challenge” applauded by EU in Uganda as one of the best self-sustaining girl-lead models in the world, championed as well as financed by local girls for local girls. Amidst the world’s refugee crisis, she is championing “Lift up her Voice” Expedition where girls from selected universities around the world innovate for a decent life for refugee women and girls in a Global Girls Movement. She has won 5 National Awards and a Geneva Women’s World Summit Prize. Esther’s passion is to give migration a human face. 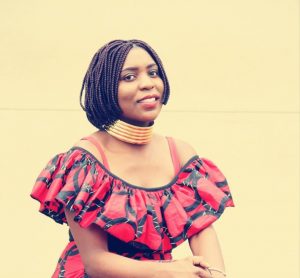 Grace is a Bunda College graduate and holds a Bachelor Degree in Agriculture, specializing in Horticulture. After attending the Young African Leaders Initiative (YALI) 2018, she realized her role and responsibilities, deciding to combine her passion on empowering women with her expertise on agriculture that lead her to develop a project that creates natural contraceptives methods, made from Moringa leaves. The project is run by women trained by her, who are also trained on how to conduct campaigns on the effectiveness of the contraceptives. 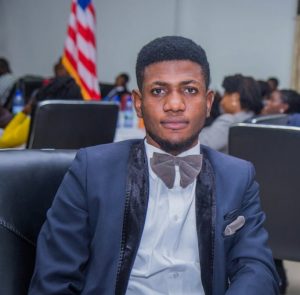 Jeremiah who is a recent graduate of Medical Laboratory Science with specialty in Histopathology/Cytopathology from the prestigious University of Benin, Nigeria is the Programme Officer for Comprehensive Sexuality Education at the Planned Parenthood Federation of Nigeria, Edo State office, providing over 2000 Secondary school students, mostly girls, with age-appropriate and culturally sensitive comprehensive Sexuality Education. He is a fellow for the President Barrack Obama initiated /US government-funded annual Young African Leaders Initiative (YALI) West Africa Regional Leadership Centre Cohort 8 2017, enriching his work as a sexual and reproductive health and rights activist for women and girls, Due to his commitment of ensuring access to comprehensive sexual and reproductive health services for marginalized women and girls Jeremiah was recently selected to be a member of the Women Deliver young leaders class of 2018. 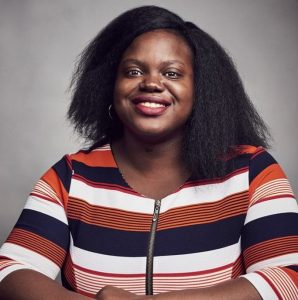 Olaoluwa is a qualified legal practitioner with 4 years of experience in grassroots organizing for girls’ rights and programme implementation for girls’ education. She founded a local NGO – Girl Pride Circle Initiative – that has the objective of galvanizing communities to safeguard girls’ rights and invest in girls. Through this organization, she mobilized 270 adolescent girls into drafting an Action Plan for the prevention of sexual violence against girls and young women within the community: the Action Plan was adopted by the Local Government shortly after. She has also advocated for girls/women’s rights across strategic global platforms, including the 72nd Session of the UN General Assembly. Olaoluwa works to enable girls to become active change makers, in a virtuous cycle of empowerment. 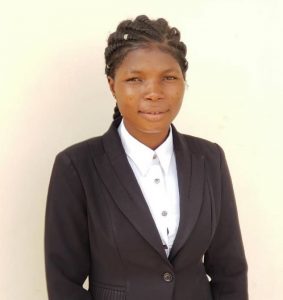 Dorcas is a team leader, mentor, and trainer in her community focusing on economic empowerment, social inclusion of disabled rural women and poverty reduction. She also works on SRH education of rural girls and women and fighting against school dropouts. Dorcas is currently studying Development Planning at University for Development Studies Wa of Ghana. In 2014, she founded “ASIGE Ghana” (Advocacy for social inclusion and Girls Education), a woman-based organization that empowers women through basket weaving, currently employing 219 women. 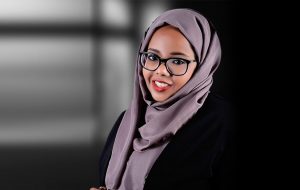 Salma Abdalla is a 26 years old Sudanese and has lived in Saudi Arabia, Malaysia, Sudan and now Egypt. As an intern at Regional Center for Renewable Energy and Energy Efficiency (RCREEE) she works on a project called “Women and energy”. It aims at expanding economic opportunities and alleviate poverty by encouraging women entrepreneurship in the sector of clean and renewable energy, given its diverse possibilities and promising future. Through her work she focuses on the role of women in the energy sector, particularly towards the attainment of implementation of the SDG Agenda 2030, the Paris Agreement and the AU Agenda 2063.