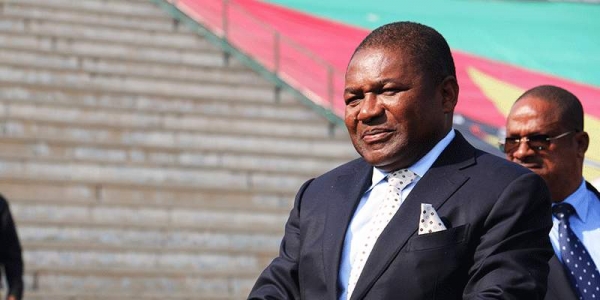 Environmental conservation which has been at the heart of the Mozambican government is about to take a positive turn around as President Filipe Nyusi engages in seeking knowledge and help from foreign expertise in the field.

The President recently received a group of American Congressmen, from both the Republican and Democratic parties to discuss, among other matters, the protection of the country’s biodiversity.

“Our indicators are very encouraging, particularly in the areas where American participation is most felt”, said the President.

Amongst other areas that needs conservation, the Gorongosa National Park, in the central province of Sofala, often regarded as the jewel in Mozambique’s wildlife crown was emphasized by the President as the most significant of these conservation areas.

The park is jointly managed by the Mozambican authorities and a US non-profit organisation, the Carr Foundation, under a 20-year public-private partnership agreed in 2008.

The President also discussed with the Congressmen the American participation in hydrocarbon operations in the Rovuma Basin, in the far north. The American company Anadarko is the operator for Rovuma Basin Offshore Area One. Anadarko and its partners plan to build two plants to produce liquefied natural gas (LNG) in the Afungi Peninsula, in Palma district.

The US oil and gas giant ExxonMobil has taken a stake in Rovuma Basin Area Four, where the operator is the Italian energy company, ENI.

Ed Royce, the chairperson of the Foreign Affairs Commission of the House of Representatives, told reporters that American cooperation with Mozambique for the conservation of wildlife will continue. He hoped that people would come from across the world to see “the abundance of wild life in Mozambique”.

He said the group discussed with the President ways in which the Mozambican public can benefit from conservation, including through job creation.

The President believes that there are signs of improvement despite the persistence of poaching and he hoped the American presence would provide some security for the protection of wildlife.