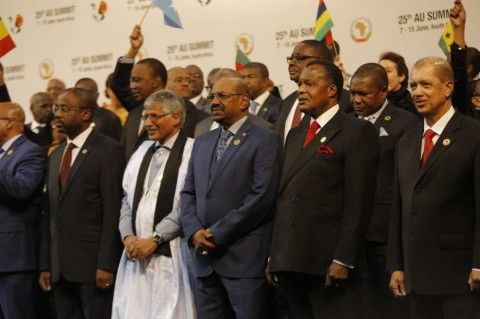 Africa’s leaders are not sufficiently addressing the continent’s multiple challenges, leaving a leadership vacuum that is proving difficult to fill, said a panel on Leadership in an Era of Disruption on the first day of the 2017 World Economic Forum on Africa in Durban, South Africa.

The continent’s new generation of leaders must be empathetic, agile and able to respond to the significant challenges experienced by Africans today, panelists agreed.

Four out of five of the most unequal countries in the world are in Africa, said Winnie Byanyima, Executive Director of Oxfam International, United Kingdom, and a Co-Chair of the World Economic Forum on Africa. Ordinary people are trapped in poverty; the growth rates of the past have been about a few people making profits, and this means people around the continent have legitimate reasons to protest against their lot. The response of many governments has been to silence them rather than address their concerns, she said.

Lindiwe Mazibuko, Leader of the Opposition, Parliament of South Africa (2011-2014), spoke of the urgency of the need to empower new generations of leaders: ”

Tony Elumelu, Chairman of UBA Group, Nigeria highlighted the need for employment creation, saying the lack of jobs is quickly becoming a disincentive to education. It is not only up to big business to create jobs, he added. Encouraging entrepreneurs is critical because their efforts have a significant multiplier effect.

Rich Lesser, Global Chief Executive Officer and President of The Boston Consulting Group, USA, and a Co-Chair of the World Economic Forum on Africa, added his voice to a discussion of the importance of improving education in Africa. “The ticking clock on education is relentless,” he said. Millions of people across Africa do not have access to even basic education. The longer this situation continues, the more Africa’s future will be compromised, he added.

The panel agreed that Africa is not being “future proofed”, with the quality of education failing to address the needs of a rapidly changing world.

The 2017 World Economic Forum on Africa took place on 3-5 May in Durban, South Africa, under the theme Achieving Inclusive Growth through Responsive and Responsible Leadership. The meeting convened regional and global leaders from business, government and civil society to explore solutions to create economic opportunities for all. It will also provide insight from leading experts on how Africa will be affected by the onset of the Fourth Industrial Revolution, particularly in terms of safeguarding the region’s economies from negative disruption and exploiting opportunities for further growth and development.