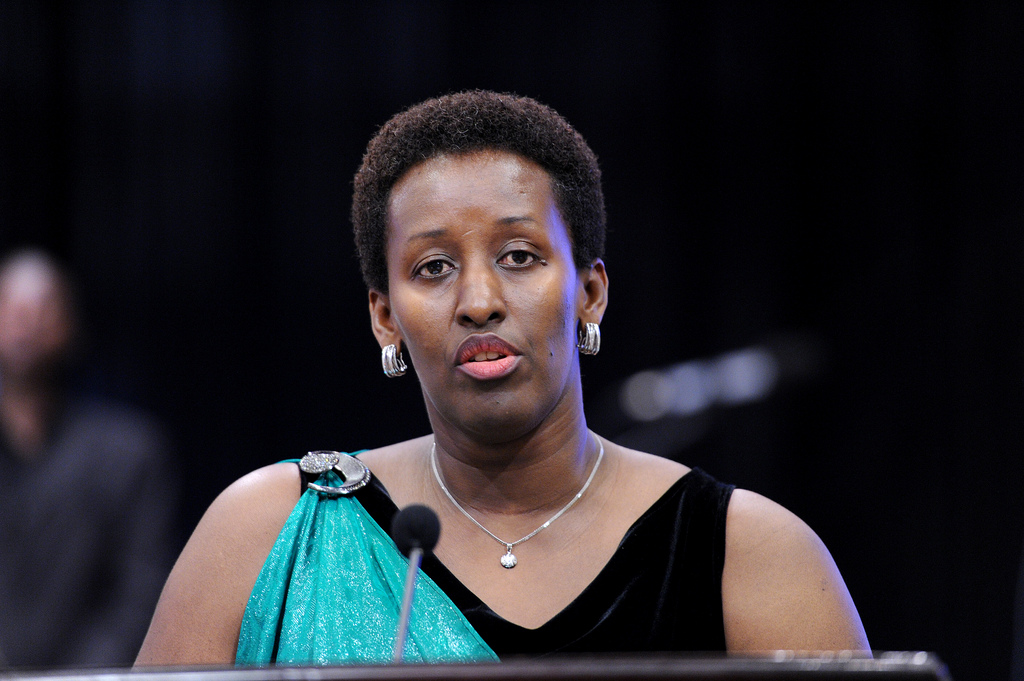 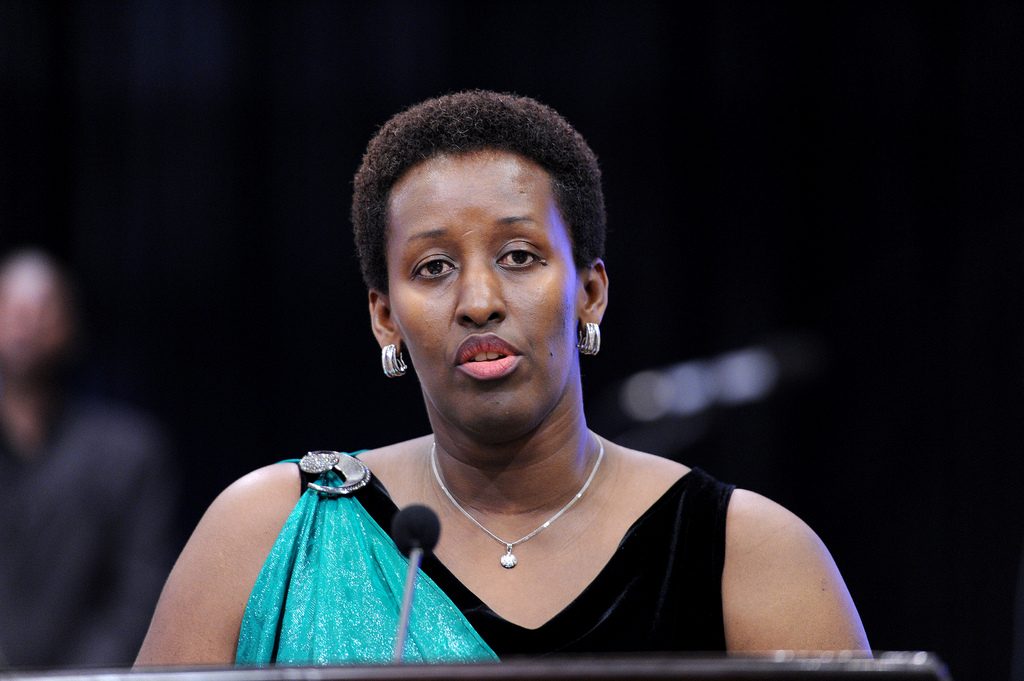 The First Lady made the remarks yesterday in Baku, Azerbaijan during the 4th World Forum on Intercultural Dialogue High Level Meeting, where she addressed the topic of “Countering Violent Extremism through Girls’ Education.”

According to the United Nations Educational, Scientific and Cultural Organization (UNESCO), an estimated over 800 participants from 120 countries, representing academia, the private sector and civil society were part of a dialogue aimed at cooperation among peoples in addressing some of the world’s most vexing issues including the global growth of violent extremism, the mounting migration and displacement crisis, deepening economic inequality, and the rise of divisive political populism.

The First Lady wondered why in some places, there is still a lack of political will to build and sustain strong systems, to ensure that governments implement policies centered on the wellbeing of their people.

“Leadership matters in mobilising and enforcing inclusive policies that empower all citizens, irrespective of gender, race, religion and other barriers to full participation in society,” she noted.

No greater path to preventing violent extremism, the First Lady noted, than promoting accessible, quality, and inclusive education, “with special attention to the needs of our girls and women, who have not always enjoyed a level playing field.”

“Countering violent extremism through girls’ education is important, because a healthy, stable and vibrant society is one that embraces the belief that everyone deserves an equal shot, at a better life,” she said.

“By allowing as many of our children as possible to benefit from an educational system that challenges them to think and question, and by having communities understand and support the positive outcomes of education, we believe we are laying the right foundation for a better future,” she noted.

First Ladies of Ethiopia and Mali spoke on the socio-cultural challenges still witnessed in their respective countries affecting the retention and successful completion of studies by girls. They called for more investment in gender-sensitive programmes, and recognised the impact of committed academicians whose teaching and mentoring of girls have had a valuable impact in their lives.

The First Lady said that Rwanda’s past was characterised by discrimination and division, and a political system that fuelled hatred among citizens, which was partly attributed to the colonization which destroyed long established Rwandan values.

Decades of racist ideology taught at all levels of Rwandan society, entrenched hatred and ultimately led to the Genocide against the Tutsi in 1994.

Over 1 million Tutsi men, women, and children were slaughtered; she said, thousands of families were completely wiped out; hundreds of thousands of women were systematically raped, and thousands were infected with HIV/AIDS as part of a deliberate campaign; 50,000 widows and 75,000 orphans were left destitute; 2 million people were forced by the extremist genocidal government to flee to a neighbouring country and held in refugee camps as human shields.

However, the First Lady told the gathering that Rwandans undertook the almost impossible task of reconstruction in the last 23 years, revealing that the strength and inspiration for building a new Rwanda came from the history and culture.

According to the first lady, as a result of conducive policy and political mobilisation, women today make up 64 per cent of members of Rwanda’s Parliament; 40% of Cabinet; 38% of judges in Higher Courts, and 42% in Lower Courts.

“We were pleased that last year’s Gender Gap Report of the World Economic Forum, acknowledged many of these efforts and cited Rwanda and four Nordic states, out of 144 countries, as having reached 80% of global gender equality objectives,” said the First Lady.

UNESCO Director-General, Irina Bokova said that people must remain true to the compass setting of human rights and dignity, and must respond, noting that ‘hard power’ is not enough.” said.

“We need the ‘soft power’ of education, knowledge, culture, communication, the sciences, to strengthen the values we share and recognise the destiny we hold in common,” Bokova said.

Upon conclusion of the panel, a Global Humanitarian Call to Invest in Girls’ Education was read, emphasizing among other priorities, “the need for transformative approaches and strategies that tackle discrimination and power relations between males and females in schools and society at large, as girls’ education alone cannot overcome the challenge of violent extremism.”

Convened by the government of Azerbaijan in partnership with UNESCO, the UN Alliance of Civilizations, the UN Food and Agriculture Organization, the UN World Tourism Organization, the Council of Europe and the Islamic Educational, Scientific and Cultural Organization, the Forum seeks to advance intercultural dialogue by finding new avenues for human security, peace and sustainable development, serving as a platform for exchange and cooperation.

Following this Forum, First Lady Mrs. Jeannette Kagame toured the Asan Service Centre, which was established in 2012 under the State Agency for Public Service and Social Innovations. These one-stop centres called ‘Asan’ – which means “easy” in Azerbaijani- aim to provide ‘efficiency, transparency, ethical behavior, responsibility, and comfort’ to citizens seeking public service from all their government agencies, but also those seeking services provided by some private entities (e.g. utilities payments).