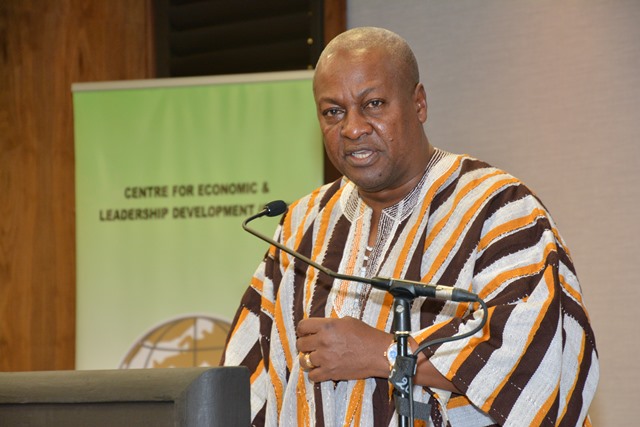 A Political Science Lecturer at the Kwame Nkrumah University of Science and Technology (KNUST) Akwasi Amakye Boateng has stated that the former Ghanaian President John Dramani Mahama is vigorously campaigning ahead of 2020 elections with his public utterances.

According to him, Mr. Mahama’s recent public utterances and press statements on issues are indications that he will contest in the presidential race when the opposition National Democratic Congress (NDC) opens nomination.

The former President who lost miserably in the 2016 general elections to President Akufo Addo is always seen reacting to issues on his social media handles.

Speaking with Kwame Adinkra on Abusua FM’s Abusua Nkommo, Mr. Boateng said the former President’s press statements on issues circulated by his office are all signs of his interests to stage a comeback.

The Political Science Lecturer indicated that ex-President Mahama is smartly campaigning on the blindside of potential contenders.

He believes those comments by the former President are not child’s play saying majority of NDC members are rooting for Mr. Mahama to contest in the presidential race.

‘Truth needs to be told, former President Mahama is embarking on his campaign, his public utterances are for a purpose, he is not just speaking in a vacuum. He is campaigning to contest in the NDC’s Congress for the flagbearership race. He wants the delegates to choose him to lead the party come 2020. Though he has not publicly said he will not contest again, his utterances are suggestive that he is campaigning. Invitations by the international community to speak at various conferences outside the country are different ball game, but his press statements are not only political but just too many demonstrating his interests,’ he said.

He observed that leadership vacuum in the NDC is creating the ‘unnecessary’ struggle for power.

Some NDC bigwigs have stated that the party should go to congress to choose its flag bearer for 2020 elections but others have argued that it’s too early to take such decision when Prof. Kwesi Botchwey’s committee has not come out with its findings.

So far, the Member of Parliament (MP) for Nadowli West constituency Alban Bagbin and MP for Tamale South constituency names have popped up as potential contenders. The Former President recently met some members of NDC and accepted sole responsibility for the party’s woeful loss.