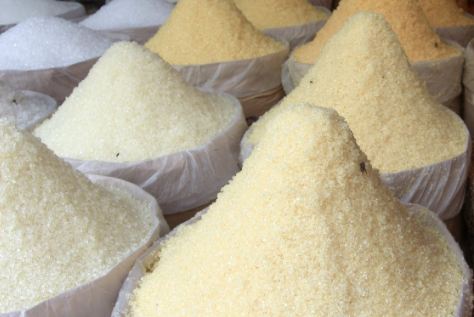 Following a stakeholders meeting held recently in Banjul between the Ministry of Trade in Gambia and rice importers, an information was released revealing a revenue loss of D320,024,000 ($6,809,021) due to the government’s decision to lifted the customs charges placed on importation of rice.

The country imports large tonnes of rice annually to complement the domestic output and satisfy the high demand for rice by many Gambians.

Therefore, in efforts to make quality foodstuffs affordable and accessible to the country’s residence, the government has subsidized the cost of rice which is as a staple food to the Gambians.

Information on the revenue loss was revealed by Mr. Baboucarr Ceesay, an economist working with the Gambia Competition Commission Consumer protection section, who was a part of the stakeholders meeting held at Ministry of Trade in Banjul.

The stakeholder meeting which held at the Ministry of Trade in Banjul, was centered on discussions for possible ways to subsidize the prices of rice and other basic food commodities.

Speaking on the foregoing, the Trade ministry permanent secretary, Mrs. Naffie Barry, said the decision is hugely championed by the country’s government in order to achieve equal accessibility to essential food commodities, especially rice by all the population.

She revealed that 10 percent import duty on rice was removed by the new government in Banjul in January, in a bid to bring down the price of the staple food to a level affordable to the Gambian population.

However, the 10 percent tax exemption for rice price reduction has not been implemented since then, so as to allow importers sell already imported stock, and that they were given three months to sell the taxed stock.

“Now the government wants to see the zero tax on rice be transformed into a reduction of prices for the Gambian consumers,” she stressed, adding that it wants to ensure a low cost of living for the citizenry.

During the meeting, officials acknowledged there had been a slight decrease in the price of the American rice brand, from D1080 ($22) to D1025 ($21), but argued that prices for a rice brand called “Saddam”, as well as rice brands from Pakistan and India remain high.

At the conclusion of the meeting, the rice dealers agreed to cooperate with the government in its drive to reduce the price of rice from now on, and vowed to import adequate stock for the upcoming holy month of Ramadan.