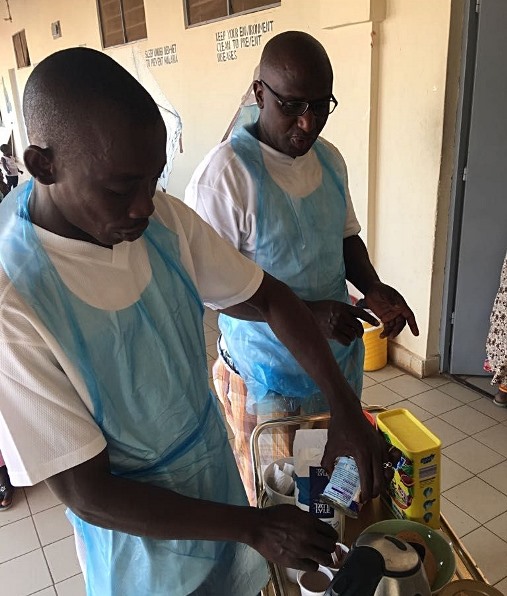 Mr Barrow who is currently the Chairperson of the UK-based ‘Kombo Sillah’ Association (KSA) and residing in England said in a statement that “charity begins at home”.

His donation to the Gunjur Health Facility has helped in providing food to patients at the facility. He looked at the difficulty and stress that these patients faced when they have to travel from the different surrounding satellite villages just to receive medical attention.

Mr Barrow believes that every patient receiving treatment should eat properly for the drugs to work, he is also especially concerned with new mothers who have given birth.

He has called on fellow Gunjurians to join hands in continuing the intervention programme as it would go a long way to help the patients.

A cleaner at the facility, Fatou Colley has appreciated the effort saying that the facility houses some Gambians and foreigners and added that the help is coming at a time when it is much needed. A patient at the facility also thanked and prayed for the Mr Barrow for the kind gesture.

The Officer in charge of Gunjur Health Facility said the gesture was a good initiative from a native of the village and is overwhelmed with the magnanimity of the donor while thanking the donor for making this history at the Health Facility.