African Leadership Magazine
Home Women in leadership Gender Gender and Politics: Celebrating the Achievements of Women in Parliament across Developing... 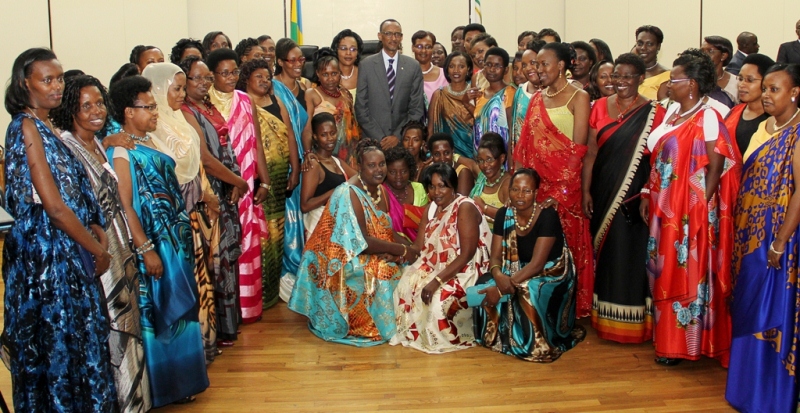 Last week, we began a discussion focused on celebrating the achievements and successes of women in parliament across developing nations, highlighting some of the achievements of the female-dominated Rwandan Chamber of Deputies which is the country’s lower house. With over 64% of women representation since 2013, the women in Rwanda parliament has over the years been successful in closing the gender parity in the country.

Rwanda boasts of successful initiatives, policies and legal reforms that economically empower women, as well as address the health issues and violence against women which was rampant in the country, due to the 1994 genocide. According to the Global Gender Gap Index Report in 2015, Rwanda ranks higher that United States in leveraging the pool of female talent pool, based on economic, educational, health-based and political indicators. Finding reveals that 88% of women in Rwanda have jobs, compared to 66% of women in the United States. This is a significant feat the country has achieved in a region that is highly patriarchal.

It is fascinating and pertinent that Rwanda women are also contributing to international peace keeping mission. Rwanda, being the 5th largest troop contributing country to UN Missions, is the 3rd highest contributor of female police officers to the United Nations peace-keeping missions, with the women playing significant role in Sudan (Darfur, Khartoum), South Sudan, Haiti, Ivory Cost and Liberia, Mali and Central African Republic. Findings reveal that while over 292 police women have served as peacekeepers; 200 female army and police officers are currently serving in peace-keeping missions.

Needless to say, Rwandan women have over the years gained confidence to participate more actively in community life. They are involved in activities outside their home, as well as in domestic affairs and relations. Through empowerment programmes and increased access to education, Rwandan women are today involved in other traditional male-dominated fields such as Science and Technology and medicine as well as beekeeping, carpentry, mining and renewable energy production technologies.

The involvement of the women has not only improved their standards of living, it has contributed significantly to the robust economic growth Rwanda has been experiencing over the recent years. The celebratory successes in bridging the gender gap in the country is a result of a strong political will and commitment from the highest level, accompanied by ingenuity, home-grown and gender-centred development approaches.

The Rwanda Women Parliamentary Forum (FFRP), created by women Parliamentarians in 1996, is one of the ingenuous national gender initiatives and gender-centred machineries effectively implementing the existing laws and policies on Gender in the country. Women Parliamentarians, being Members of Parliament, do not only initiate laws or reforms that are gender sensitive and beneficial to both women and men, they also conduct oversights control missions to ensure that all development projects and programs are to the benefit of the Rwandan population. This is the core function of the FFRP. It is uniquely placed to advocate and ensure that all national laws and policies are implemented. It also ensures capacity-building for women Parliamentarians, to adequately carry out advocacy on gender and development and to successfully discharge their other parliamentary duties.

“FFRP has so far achieved a lot in terms of promoting gender equality where many women have dared to engage in administration and decision-making,” according to MP Anitha Mutesi, after being elected President of the Forum in March 2016 over the next two-and-half years.

The Rwandan women parliamentarians have been having and are willing to have enhanced and effective working relationship with the men in parliament, in their pursuit of gender equality in Rwanda. The FFRP has 91 members from both chambers of parliament. Sixty two of these members are women while the other members of the forum are men.  MP Jean-Marie Vianney Gatabazi, who is one of the male members of the forum, is credited to have said men should be more committed to helping their female counterparts to ensure gender parity.

In one of her statements calling for a better cooperation between the men and women in the country’s parliament, Ms. Donatile Mukabalisa, the speaker of the Chamber of Deputies said, “since its establishment in 1996, FFRP has been contributing to promotion of gender equality, including establishing committees on gender promotion in both chambers. However, both women and men need to work jointly to ensure that gender parity is promoted”.