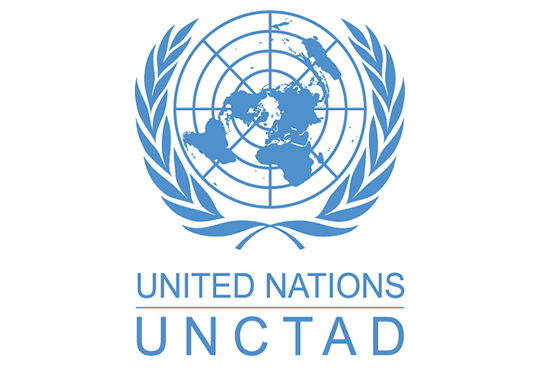 A 1.6-million-euro German donation to UNCTAD will help the UN’s trade and development bodywork with African partners to implement a landmark continental agreement on cross-border commerce.

“Germany is already a leading supporter of UNCTAD’s work. This fresh funding is a clear sign of the country’s commitment not only to making trade work for development but also to multilateralism. That sends a strong signal in challenging times,” Ms. Durant said.

“The projects that Germany is backing will play a key role in helping Africa meet the new trade objectives that the continent has set itself.”

The funding announcement comes eight months after the launch of the African Continental Free Trade Area (AfCFTA), which is the first pan-African agreement of its kind and is seen as having major potential to spur growth.

“This is a big new step forward in the economic development of Africa,” said Ambassador Jugel, adding that the African Union had sought UNCTAD’s support to meet the aims of the AfCFTA.

“We will observe its effects closely. We trust in UNCTAD’s competencies and expertise in making trade facilitation operational,” he added.

UNCTAD provides policy advice and technical cooperation to help poorer countries reap more benefits from the global economy, and regional integration is a key part of that process.

The German funding, which runs from November 2018 to December 2020, focuses on enhancing trade by building the capacity of African stakeholders to address the key objectives of the AfCFTA’s Protocol on Trade in Goods.

Among the areas in the UNCTAD projects are non-tariff measures – or NTMs, in trade jargon. While tariffs make headlines and are generally recognized as a blunt instrument used by protectionists, they are far from the only phenomenon influencing trade flows across borders – and not even the most important, some analysts say.

Regulations on imported goods and products, either with the intention of limiting them, like quotas, or controlling them, like health and safety requirements, comprise a broad category of measures which can impact the scale and shape of trade with and between developing countries.

Helping the authorities and firms in developing countries to understand NTMs and adapt to them in order to trade across borders is an important part of UNCTAD’s work.

NTMs are estimated to be three to four times more restrictive than current tariffs. This importance has been reflected in the ambitious AfCFTA Appendices on Non-Tariff Barriers, Sanitary and Phytosanitary Measures and Technical Barriers to Trade.

The German-funded project will scale up the existing, UNCTAD-supported NTM reporting, monitoring and elimination mechanism of the Tripartite – a grouping formed by the Common Market for Eastern and Southern Africa, the East African Community and the Southern African Development Community. It uses an online tool to enable private sector operators to report trade barriers, which are then addressed and resolved in an intergovernmental mechanism.

Furthermore, the project aims to increase transparency about all NTMs, in particular regulatory and behind-the-border measures, through comprehensive data collection and dissemination to the public and private sector.

The German-funded work by UNCTAD also addresses the issue of industrial diversification, which is an important route to strengthen Africa’s competitiveness and employment.

In this context, the project aims to help African countries increase their capacity to trade knowledge-based products and handle intellectual property rights, thus assisting them to become less dependent on commodities and raw materials.

Last week, Germany and UNCTAD also signed an agreement worth almost 250,000 euros to support the UN body’s work on e-commerce. The digital economy is an important new development driver, and UNCTAD is organizing the debut edition of Africa eCommerce Week next month in Nairobi in cooperation with the European Union, the African Union and the Government of Kenya.