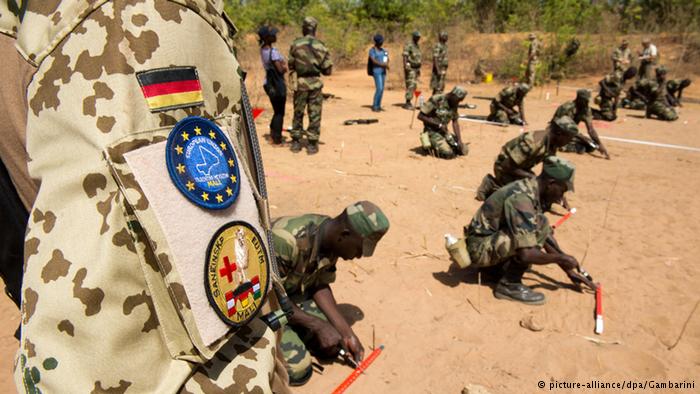 Germany’s cabinet on Wednesday approved the deployment of eight attack and transport helicopters as well as 350 additional soldiers to Mali as part of a U.N. peacekeeping mission, sources told Reuters.

The helicopters will replace those of the Dutch army, and the additional troops will service and maintain the fleet.

After the deployment, Germany will have some 1,000 soldiers in Mali taking part in the 15,000-strong U.N. mission that oversees a peace deal agreed in 2015 between the government and rebels.

The additional deployments will have to be approved by the Bundestag, the lower house of parliament.

The four attack helicopters and a similar number of transport machines will stay in Mali until mid-2018.

Some 100 peacekeepers have died in Mali, where France launched a military operation in 2013 to push back Islamists who a year earlier had hijacked an ethnic Tuareg uprising in the north of the country.

The cabinet has also approved the extension of a mission in northern Iraq, where some 150 soldiers have been training Kurdish fighters battling Islamic State. That mandate also requires parliamentary approval.