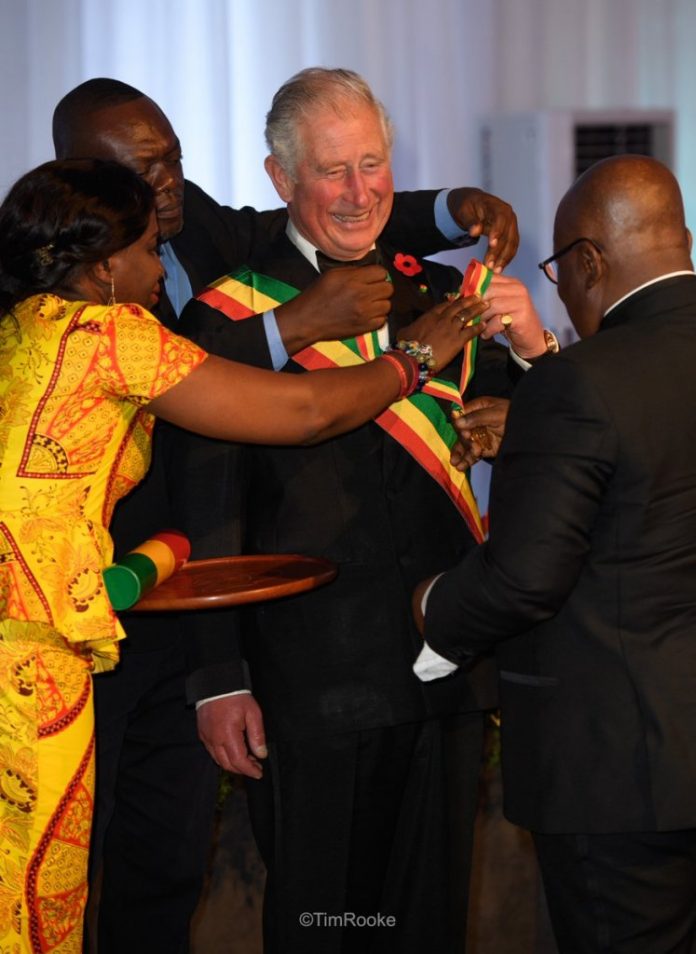 The Prince of Wales, Prince Charles, has been decorated with the Companion of the Order of the Star of Ghana (honorary division) by President Nana Addo Dankwa Akufo-Addo.

At a state banquet held in honour of the visiting Prince, President Akufo-Addo bestowed the coveted award on behalf of the people of Ghana.

Prince Charles, accompanied by his wife, Camilla, Duchess of Cornwall, was in Ghana for a four-day visit during which he held discussions with President Akufo-Addo in relation to trade   and investments.

The Prince also paid a courtesy call on the Asantehene, Otumfuo Osei-Tutu II, in Kumasi, where he was treated to a special touch of African royalty. He toured parts of the city and interacted with people.

To climax his visit, Prince Charles addressed a public lecture at the Accra International Conference Centre where he spoke about climate change and the environment, particularly the disappearing Lake Chad, plastic waste and ocean pollution.

The Royal couple was in Ghana as part of a nine-day tour of West Africa. Their first stop was The Gambia and from Ghana, they moved on to Nigeria.