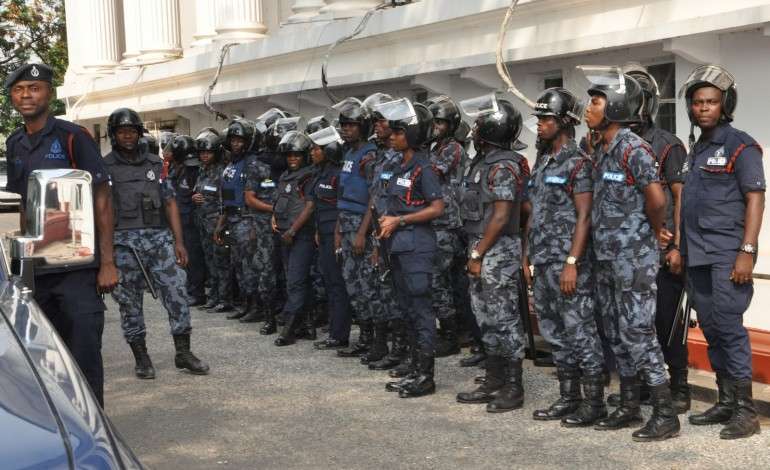 Police in Ghana say they have identified over 5,000 “hot spots” where violence is possible ahead of the December 7 elections, and they have begun special measures to avert clashes.

Ghana Police Service spokesman Cephas Arthur said the agency has a constitutional mandate to ensure public security is maintained through the presidential, parliamentary and local elections.

Arthur gave his estimate of 5,000 potential trouble spots following the national electoral commission’s warning that violence was possible in nearly 30 percent of the country’s 275 constituencies.

Arthur outlined some of the measures police have been implementing to ensure peace when voters go to the polls.

“We have identified all potential flashpoints or all hot spots as far as elections are concerned, and put measures in place to arrest the situation,” he said.

The 30,000-strong police service has sent “intelligence officers” to gather information so headquarters staff can evaluate situations around the country and decide on “necessary action.”

At the “hot spots” across Ghana, the spokesman said, extra police will be deployed “on the day of the elections, a few days before and a few days after.”

A heavy police presence and division of some constituencies into smaller patrol zones will improve efficiency and coordination, the spokesman said, and also “deter identified troublemakers.”

Security experts have cautioned that the proliferation of illicit small arms in Ghana, chieftaincy disputes, and West African terrorist activity in general are indicators of possible violence tied to the elections.

Arthur noted that Ghana’s interior ministry has a program to register all guns and confiscate illegally held weapons.

“I can assure you every effort is being made to ensure that these small arms are mopped up and taken away from those who are holding them,” he said.

On the question of chieftaincy disputes, the Police Service spokesman said such situations “present a fertile ground for electoral offenses,” and that officers “also look at places where we have ethnic conflicts.”